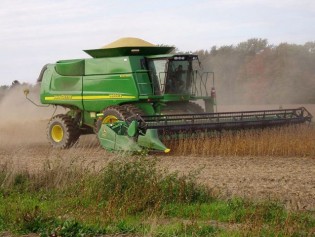 By Zoha Arshad
Researchers are warning that RoundUp, a popular herbicide produced by the U.S. agro-giant Monsanto and which is used heavily on U.S. corn and soybeans, cause tumours, liver and kidney failure in rodents.

By Zoha Arshad
Academics gathered in Washington on Wednesday suggested that the mixed experience at the U.N. Conference on Sustainable Development, held in Rio de Janeiro in June, has increased the importance of citizen engagement and consumer accountability in issues of environment, renewable energy and sustainability.

By Zoha Arshad
The U.S. State Department on Friday declared the Haqqani network, a militant group based in Pakistan, a “terrorist organisation”.

By Zoha Arshad
The attack on a Sikh temple in Wisconsin in early August on the heels of the shooting at a movie theatre in Aurora, Colorado signals the rise of right-wing domestic terrorism in the United States, experts say.

By Zoha Arshad
The U.S. State Department released a statement Friday urging the Bahraini government to reconsider a ruling that sentenced the director of the Bahrain Center for Human Rights, Nabeel Rajab, to a three-year jail term for organising opposition rallies.

By Zoha Arshad
How many condoms is it legal to carry around in your pocket? That’s the question sex workers in the United States are asking after being routinely targeted by police for having prophylactics – not in itself a crime.

By Zoha Arshad and Jim Lobe
As NATO supply convoys began crossing from Pakistan into Afghanistan for the first time in more than seven months Thursday, analysts here warned that the reopening of the key route does not necessarily signal a new dawn in the fraught relations between Washington and Islamabad.