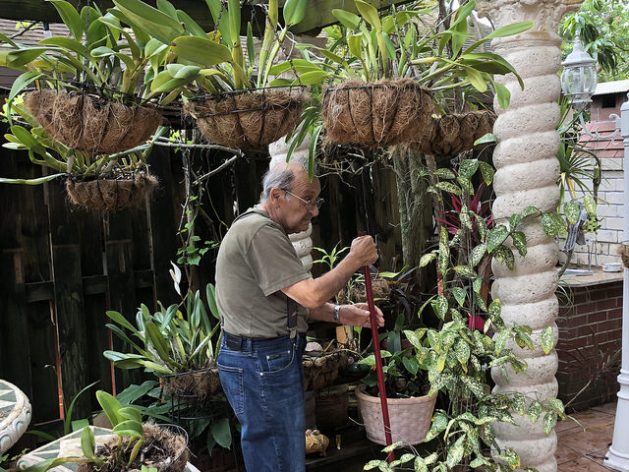 MIAMI, Florida, May 25 2018 (IPS) - Giuseppe DiMarco is 83 years old. He has recognized the U.S. as his home for over 30 years. In the aftermath of World War Two, DiMarco fled an impoverished farming town in Southern Italy in the pursuit of advancement and the promise of wealth he had never known.

Whilst economic strife and extreme poverty drove many Italians to the bustling cities of New York, Chicago, and Boston, DiMarco’s first point of entry was the provincial capital of Montevideo, located in what is commonly referred to as the “Switzerland” of South America, Montevideo, Uruguay.

Paradoxically, these same once struggling and marginalized immigrants such as DiMarco demonstrate little empathy for newcomers.

Although Latin America seemed somewhat alien to Italians at this time, migrants eventually thrived in the “Southern Cone”, a geographical zone made up by Southern Brazil, Chile, Argentina, and Uruguay.

Many Italian migrants quickly picked up the local language, Spanish, the vocabulary and grammar of another romance language quite similar to their own.

Giuseppe and his fellow migrants readily put their agricultural and entrepreneurial skills to the test, successfully establishing themselves in a foreign land, even leaving their distinct Italian mark on local food, music, and dance.

DiMarco utilized his gift for guitar making and his small business thrived, quickly becoming profitable and highly reputable amongst the locals. However, in the early 1970’s, the vicious cycle of forced migration repeated itself.

As the civic-military dictatorship ensued across Uruguay, abductions, brutal acts of violence and the seizure of assets by armed forces became commonplace.

According to the Continuous Reporting System on International Migration in the Americas (SICREMI), this process of political and social deterioration culminated with a military coup and the suspension of civil freedoms in 1973. The political unrest coupled with the stagnant economy triggered a mass wave of emigration throughout the decade.

DiMarco was set to escape, once again, to a land that would require a profound sense of resilience and willpower in order to survive.

After a lengthy boat journey, DiMarco arrived with his family in New York, unfamiliar and desperate for the stability and security he had failed to attain.

Once settled, DiMarco quickly realized that his skill for guitar-crafting would go unnoticed. Everything was made in bulk in the “Big Apple” and little interest was shown in his hand-made guitars. He barely spoke the English required to convince any employer or potential buyer otherwise.

DiMarco settled for a cash-in-hand construction job. He worked through the staggeringly humid summers and the bitter-cold winters, saving up enough money to achieve his own “American dream.”

Years later, he surpassed the stability and security he had given up his Italian homeland for.

He not only achieved this, he also moved his family up the socio-economic ladder, sending his children to the city’s best private schools and reputable universities on his meager wage, buying a home in Miami along with two townhouses for investment purposes.

Many immigrants that arrived in the early 1970s will recount similar tales of their path to success in the United States. They will tell you that hard work leads to a life of fulfilling rewards.

Paradoxically, these same once struggling and marginalized immigrants such as DiMarco, demonstrate little empathy for newcomers. DiMarco has described them as nothing short of an infestation, particularly referring to the high number of Latin American immigrants arriving in Miami every day.

Many of these immigrants, including Venezuelans, Cubans and Hondurans, are fleeing a similar situation to DiMarco, social-political unrest and chaos as a result of a totalitarian style of governance.

However, in spite of this, DiMarco feels little connection to these newcomers. He believes they do not uphold the same values as the Italian immigrants of the past did. He thinks that they wish nothing more than to reap the benefits of the American government.

“They do not want to contribute to American progress and development like we did. Trump’s call to clear up our chaotic immigration problem is essential,” DiMarco says.

DiMarco is not alone. He is one of thousands of immigrants who now hold anti-immigrant beliefs. He is in agreement with Trump’s call to secure the border and control immigration in a coercive fashion.

As the Washington Post reported, in a recent U.S. survey conducted by the Pew Research Center, half of all foreign-born whites said that the growing number of newcomers “threatens” and dismantles traditional American customs and values, rather than “strengthens” them.

As global unrest and socio-political volatility steadily worsen across the developing world, particularly in certain countries across Central and South America, migration to the United States is not set to lessen any time soon.

When well-established immigrants develop divisive and negative opinions surrounding newcomers, who can they turn to next? Can they really progress and embody the “American dream” DiMarco achieved when there are so many of “their own” fighting against their very existence in the United States?

Only time will tell.