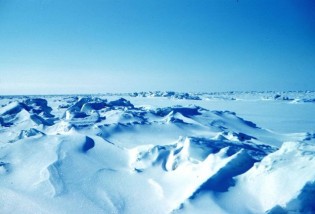 By Ethan Freedman
Many environmental groups are concerned over a possible extension of drilling expeditions in the Arctic, as oil companies, including Royal Dutch Shell, are set to begin drilling in the region as early as this week.

By Ethan Freedman
Against the backdrop of the U.S. Holocaust Memorial Museum, a panel of United States government officials and experts called for stronger methods to prevent modern-day genocides and mass atrocities, particularly in the case of Syria.

By Ethan Freedman
Women across Asia are being shut out from prosperous forestland because of a paradigm geared towards male ownership, according to a new report by the Rights and Resources Initiative (RRI), an environmental non-governmental organisation.

By Ethan Freedman
A major U.S. energy company, AgriSol Energy, is accused of engaging in land grabs in Tanzania that would displace more than 160,000 Burundian refugees who have lived there for decades, according to a report by the Oakland Institute, an organisation focused on environmental issues.

By Ethan Freedman
After weeks of delay, the United Nations released Monday its full annex by the U.N. Security Council condemning the Rwandan government for its support of Congolese rebels.

By Ethan Freedman
Following what many regard as a disappointment at the recent Rio+20 Earth Summit, the World Bank and several groups have begun implementing new initiatives to "personalise" climate change, in hopes of revitalising the issue among the younger generation.

By Ethan Freedman
A rise in drug trafficking in Honduras has resulted in a sharp increase in violence, leading some to question the United States' influence in the country.

By Ethan Freedman
Former Maldivian President Mohamed Nasheed expressed concerns Monday about the state of democracy in his home country, noting the dividing effect of a rising tide of Islamist extremism.

By Ethan Freedman
Just ahead of the start of the United Nations Conference on Sustainable Development (Rio+20), many are worried about the influence that corporations will have on the summit's agenda.
ADVERTISEMENT ADVERTISEMENT