WASHINGTON, Aug 5 2014 (IPS) - Leah Hughes has big dreams of becoming a community organiser in Appalachia. A rising senior at the California-based Scripps College, Hughes is pursuing a dual degree in International Relations and Studio Art, and is incredibly thankful for her higher education experience thus far.

“As a first generation college student, my experience at a private institution, which specialises in the fields of study that I am interested in, has been the single most transformative experience of my life,” Hughes told IPS. 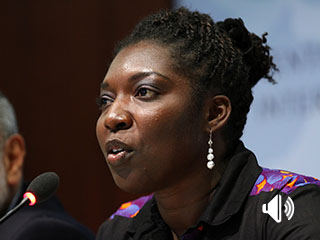 “It has led me to dedicate my life to public service…and has provided an opportunity for me to help others with the knowledge I have gained.”

Yet before Leah can embark on her community service aspirations, she has one not-so-little thing to worry about.

So far, she has incurred more than 30,000 dollars worth of tuition debt, in addition to more than 15,000 dollars of loans with interest rates.

Though Hughes was offered Scripps’ only merit scholarship, the college’s award will cover only 14,000 dollars worth of her debt, which will continue to grow by accumulating interest for every year she cannot pay.

Leah is certainly not alone in this battle, as she one of more than 40 million Americans who currently holds student debt.  They are collectively responsible for 1.2 trillion dollars of outstanding student loans in the United States.

“What’s going on is exploitative and wrong,” Hughes told IPS. “If we continue to sell the idea that education is the way students and people from low-and middle-income backgrounds-such as myself are to move up and become productive members of society and supporters of a healthy economy, we are obligated to provide a framework for students to pay off their debt, rather than be crippled by the weight of unpaid loans.”

According to an analysis of the 2011-12 school year conducted by the Centre for American Progress, a think tank here, higher education institutions collected 154 billion dollars in tuition and fees, while families and students financed such costs with 106 billion dollars in loans from federal student-aid programmes.

Regardless of these enormous figures, Olivia Murray, the analysis’ co-author, is enthusiastic about the return on investment that college offers.

“Despite rising college costs and potentially high student debt, college is still the most valuable investment a student can make in their future, and is becoming increasingly important in an ever more specialising economy,” Murray told IPS.

This fervent belief in the value of higher education was echoed by fellows from the Young African Leaders Initiative (YALI), who discussed the topic at the Centre for Strategic International Studies (CSIS), a think tank here, last week.

Yet while Araba Hammond and Regina Agyare, two of the YALI fellows, were similarly enthusiastic about the benefits of college that Hughes and Murray outlined, they said they were “unfamiliar” with the payment model in the U.S.

“The cost of education isn’t something we’ve really had to worry about,” Hammond told IPS. “Even for Africa’s most expensive universities, they are affordable for almost all people, given the amount of scholarships available.”

Adding that she cannot recall any friends who have accumulated student debt, Hammond said that “students [in Africa] wouldn’t graduate with the debts that students here graduate with.”

Agyare seconded Hammond’s remarks, stating that “student loans here are very, very small,” and that workplace compensation is and has been reliable source of debt relief.

U.S. President Obama has recently recognised this potential, and has announced his plan to expand the Pay as You Earn (PAYE) plan, which would forgive student loans to borrowers who pay 10 percent of their incomes back after a 20-year period.

Yet for a more direct and immediate intervention, prominent U.S. lawmaker Elizabeth Warren has crafted the “Banks on Students Emergency Loan Refinancing Act,” which would let student loan borrowers refinance their debt at lower interest rates.

“This is obscene,” Warren said of the U.S.’s student loan model. “The government should not be making 66 billion in profits off of the backs of our students.

“It’s time to end the practice of profiting from young people who are trying to get an education and refinance existing loans.”

While partisan opposition has prevented the bill from being enacted, Warren, with an army of students and families from the middle class, are still fighting for its passage.

“Students and parents should be able to refinance their student debt, just like every other loan type in the U.S., especially as student debt becomes the largest form of debt carried by people in this country,” Hughes told IPS.

As the legislative battle for refinanced student loans rages on, students, families and non-profits are mobilising around the issue of student loan debt, calling their cause the “Higher Ed Not Debt” campaign.

The organisation bases its work on providing support to current borrowers, addressing the causes of declining affordability, educating the public about the financial sector’s role in creating student debt,  and engaging the masses through democratic action.