In this column, Yilmaz Akyüz, chief economist at the South Centre in Geneva, looks at the role of international debt workout mechanisms in debt restructuring initiatives and argues, inter alia, that while the role of the IMF in crisis management and resolution is incontrovertible, it cannot be placed at the centre of these debt workout mechanisms because its members represent both debtors and creditors.

GENEVA, Mar 30 2015 (IPS) - Debt restructuring is a component of crisis management and resolution, and needs to be treated in the context of the current economic conjuncture and vulnerabilities.

International debt workout mechanisms are not just about debt reduction, but include interim arrangements to provide relief to debtors, including temporary hold on debt payments and financing.

They should address liquidity as well as solvency crises but the difference is not always clear. Most start as liquidity crises and can lead to insolvency if not resolved quickly. 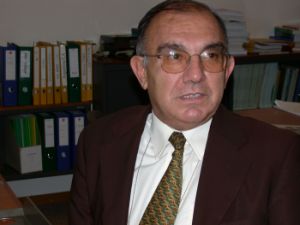 Liquidity crises also inflict serious social and economic damages as seen in the past two decades even when they do not entail sovereign defaults.

Only one of the last eight major crises in emerging and developing economies was due to internationally-issued sovereign debt (Argentina). Mexican and Russian crises were due to locally-issued public debt; in Asia (Thailand, Korea and Indonesia) external debt was private; in Brazilian and Turkish crises too, private (bank) debt played a key role alongside some problems in the domestic public debt market.

We have had no major new crisis in the South with systemic implications for over a decade thanks to highly favourable global liquidity conditions and risk appetite, both before and after the Lehman Brothers bank collapse in 2008, due to policies in major advanced economies, notably the United States.

But this period, notably the past six years, has also seen considerable build-up of fragility and vulnerability to liquidity and solvency crises in many developing countries.

Sovereign international debt problems may emerge in the so-called ‘frontier economies’ usually dependent on official lending. Many of them have gone into bond markets in recent years, taking advantage of exceptional global liquidity conditions and risk appetite. There are several first-time Eurobond issuers in sub-Saharan Africa and elsewhere.

In emerging economies, internationally-issued public debt as percentage of gross domestic product has declined significantly since the early 2000s. Much of the external debt of these economies is now under local law and in local currency.

However, there are numerous cases of build-up of private external debt in the foreign exchange markets issued under foreign law since 2008. Many of them may face contingent liabilities and are vulnerable to liquidity crises.

An external financial crisis often involves interruption of a country’s access to international financial markets, a sudden stop in capital inflows, exit of foreign investors from deposit, bond and equity markets and capital flight by residents. Reserves become depleted and currency and asset markets come under stress. Governments are often too late in recognising the gravity of the situation.

International Monetary Fund (IMF) lending is typically designed to bail out creditors to keep debtors current on their obligations to creditors, and to avoid exchange restrictions and maintain the capital account open.

The IMF imposes austerity on the debtor, expecting that it would make debt payable and sustainable and bring back private creditors. It has little leverage on creditors.

There are problems with standard crisis intervention: austerity can make debt even less payable; creditor bailouts create moral hazard and promote imprudent lending, and transform commercial debt into official debt, thereby making it more difficult to restructure; and risks are created for the financial integrity of the IMF.

Many of these problems were recognised after the Asian crisis of the 1990s, giving rise to the sovereign debt restructuring mechanism, originally designed very much along the lines advocated by the U.N. Conference on Trade and development (UNCTAD) throughout the 1980s and 1990s (though without due acknowledgement).

However, it was opposed by the United States and international financial markets and could not elicit strong support from debtor developing countries, notably in Latin America. It was first diluted and then abandoned.

The matter has come back to the attention of the international community with the Eurozone crisis and then with vulture-fund holdouts in Argentinian debt restructuring.

After pouring money into Argentina and Greece, whose debt turned out to be unpayable, the IMF has proposed a new framework to “limit the risk that Fund resources will simply be used to bail out private creditors” and to involve private creditors in crisis resolution. If debt sustainability looks uncertain, the IMF would require re-profiling (rollovers and maturity extension) before lending. This is left to negotiations between the debtor and the creditors.

However, there is no guarantee that this can bring a timely and orderly re-profiling. If no agreement is reached and the IMF does not lend without re-profiling, then it would effectively be telling the debtor to default. But it makes no proposal to protect the debtor against litigation and asset grab by creditors.

There is thus a need for statutory re-profiling involving temporary debt standstills and exchange controls. The decision should be taken by the country concerned and sanctioned by an internationally recognised independent body to impose stay on litigation.

Sanctioning standstills should automatically grant seniority to new loans, to be used for current account financing, not to pay creditors or finance capital outflows.

If financial meltdown is prevented through standstills and exchange controls, stay is imposed on litigation, adequate financing is provided and contractual provisions are improved, the likelihood of reaching a negotiated debt workout would be very high.

The role of the IMF in crisis management and resolution is incontrovertible. However, the IMF cannot be placed at the centre of international debt workout mechanisms. Even after a fundamental reform, the IMF board cannot act as a sanctioning body and arbitrator because of conflict of interest; its members represent debtors and creditors.

The United Nations successfully played an important role in crisis resolution in several instances in the past.

The Compensatory Financing Facility – introduced in the early 1960s to enable developing countries facing liquidity problems due to temporary shortfalls in primary export earnings to draw on the Fund beyond their normal drawing rights at concessional terms – resulted from a U.N. initiative.

A recent example concerns Iraq’s debt. After the occupation of Iraq and collapse of the Saddam Hussein regime, the U.N. Security Council adopted a resolution to implement stay on the enforcement of creditor rights to use litigation to collect unpaid sovereign debt.

This was engineered by the very same country, the United States, which now denies a role to the United Nations in debt and finance on the grounds that it lacks competence on such matters, which mainly belong to the IMF and the World Bank.

* This article is partly based on South Centre Research Paper 60 by Yilmaz Akyüz titled Internationalisation of Finance and Changing Vulnerabilities in Emerging and Developing Economies.