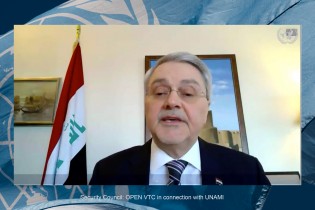 By Samira Sadeque
Iraq’s newly-announced leader has brought hope to a country embroiled in a 17-year-long conflict, but authorities must ensure that issues such as swift and rapid response to COVID-19, security concerns, and corruption among others are addressed with urgency, experts said on Tuesday.