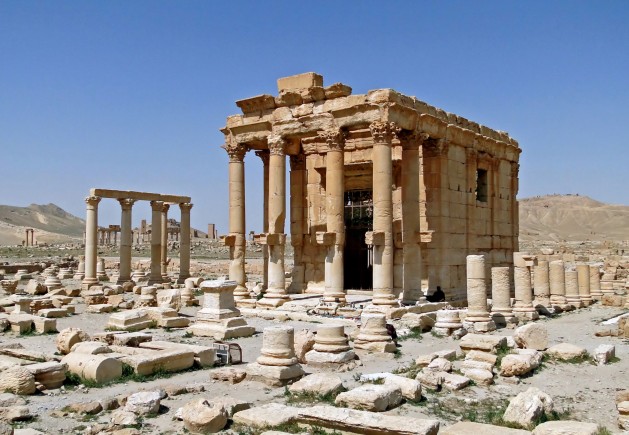 The recent destruction of this 2,000-year-old temple – the temple of Baal-Shamin in Palmyra, Syria – is yet another grim example of how the armed group calling itself the Islamic State (IS) uses conventional weapons to further its agenda – but what has fuelled the growing IS firepower? Photo credit: Bernard Gagnon/CC BY-SA 3.0

CANCUN, Mexico, Aug 27 2015 (IPS) - The recent explosions that apparently destroyed a 2,000-year-old temple in the ancient city of Palmyra in Syria were yet another grim example of how the armed group calling itself the Islamic State (IS) uses conventional weapons to further its agenda.

But what has fuelled the growing IS firepower? The answer lies in recent history – arms flows to the Middle East dating back as far as the 1970s have played a role. 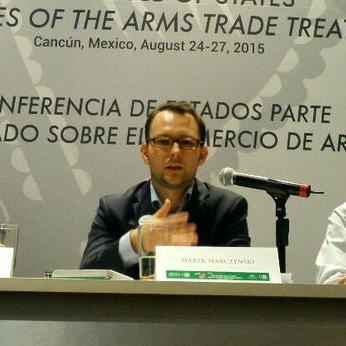 After taking control of Mosul, Iraq’s second largest city, in June 2014, IS fighters paraded a windfall of mainly U.S.-manufactured weapons and military vehicles which had been sold or given to the Iraqi armed forces.

At the end of last year, Conflict Armament Research published an analysis of ammunition used by IS in northern Iraq and Syria. The 1,730 cartridges surveyed had been manufactured in 21 different countries, with more than 80 percent from China, the former Soviet Union, the United States, Russia and Serbia.

More recent research commissioned by Amnesty International also found that while IS has some ammunition produced as recently as 2014, a large percentage of the arms they are using are Soviet/Warsaw Pact-era small arms and light weapons, armoured vehicles and artillery dating back to the 1970s and 80s.

Scenarios like these give military strategists and foreign policy buffs sleepless nights. But for many civilians in war-ravaged Iraq and Syria, they are part of a real-life nightmare. These arms, now captured by or illicitly traded to IS and other armed groups, have facilitated summary killings, enforced disappearances, rape and torture, and other serious human rights abuses amid a conflict that has forced millions to become internally displaced or to seek refuge in neighbouring countries.

It is a damning indictment of the poorly regulated global arms trade that weapons and munitions licensed by governments for export can so easily fall into the hands of human rights abusers.

What is even worse is that this is a case of history repeating itself. But world leaders have yet to learn their lesson.

For many, the 1991 Gulf War in Iraq drove home the dangers of an international arms trade lacking in adequate checks and balances.

When the dust settled after the conflict that ensued when Iraqi President Saddam Hussein’s powerful armed forces invaded neighbouring Kuwait, it was revealed that his country was awash with arms supplied by all five Permanent Members of the U.N. Security Council.

Perversely, several of them had also armed Iran in the previous decade, fuelling an eight-year war with Iraq that resulted in hundreds of thousands of civilian deaths.

Now, the same states are once more pouring weapons into the region, often with wholly inadequate protections against diversion and illicit traffic.

This week, those states are among more than 100 countries represented in Cancún, Mexico, for the first Conference of States Parties to the Arms Trade Treaty (ATT), which entered into force last December. This Aug. 24-27 meeting is crucial because it is due to lay down firm rules and procedures for the treaty’s implementation.

The participation of civil society in this and future ATT conferences is important to prevent potentially life-threatening decisions to take place out of the public sight. Transparency of the ATT reporting process, among other measures, will need to be front and centre, as it will certainly mean the difference between having meaningful checks and balances that can end up saving lives or a weakened treaty that gathers dust as states carry on business as usual in the massive conventional arms trade.

A trade shrouded in secrecy and worth tens of billions of dollars, it claims upwards of half a million lives and countless injuries every year, while putting millions more at risk of war crimes, crimes against humanity and other serious human rights violations.

The ATT includes a number of robust rules to stop the flow of arms to countries when it is known they would be used for further atrocities.

The treaty has swiftly won widespread support from the international community, including five of the top 10 arms exporters – France, Germany, Italy, Spain and the United Kingdom.

The United States, by far the largest arms producer and exporter, is among 58 additional countries that have signed but not yet ratified the treaty. However, other major arms producers like China, Canada and Russia have so far resisted signing or ratifying.

One of the ATT’s objectives is “to prevent and eradicate the illicit trade in conventional arms and prevent their diversion”, so governments have a responsibility to take measures to prevent situations where their arms deals lead to human rights abuses.

Having rigorous controls in place will help ensure that states can no longer simply open the floodgates of arms into a country in conflict or whose government routinely uses arms to repress peoples’ human rights.

The more states get on board the treaty, and the more robust and transparent the checks and balances are, the more it will bring about change in the murky waters of the international arms trade. It will force governments to be more discerning about who they do business with.

The international community has so far failed the people of Syria and Iraq, but the ATT provides governments with a historic opportunity to take a critical step towards protecting civilians from such horrors in the future. They should grab this opportunity with both hands.