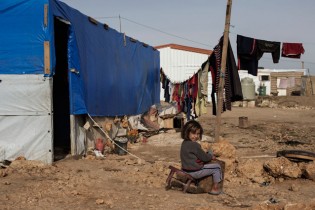 By Inés Benítez
José María Gómez squats and pulls up a bunch of carrots from the soil as well as a few leeks. This farmer from southern Spain believes organic farming is more than just not using pesticides and other chemicals – it’s a way of life, he says, which requires creativity and respect for nature.
Next Page »
ADVERTISEMENT ADVERTISEMENT