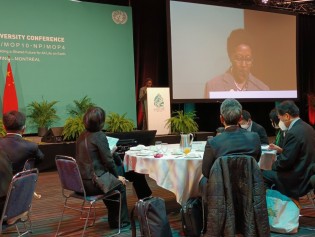 By Kitty Stapp
With battle lines sharpening over the stalled Keystone XL pipeline, a new analysis details the intense industry lobbying of both houses of the U.S. Congress since 2013 – to the tune of 58.8 million dollars by five refinery companies alone.
Next Page »
ADVERTISEMENT ADVERTISEMENT