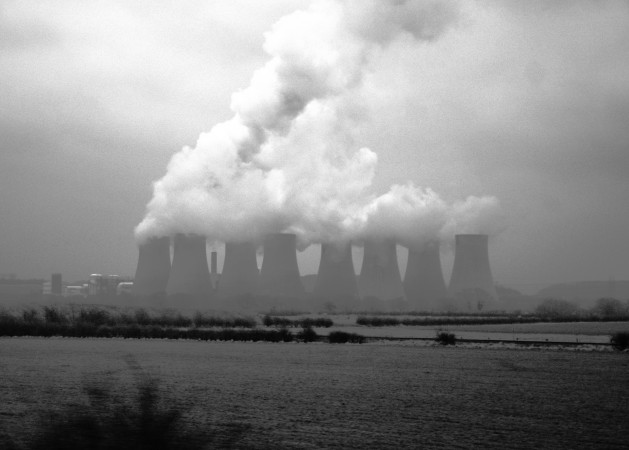 Is the G7 commitment to an energy transition that aims to gradually phase out fossil fuel emissions this century to avoid the worst of climate change just hot air? Credit: CC BY-SA 2.5

LONDON, Jun 11 2015 (IPS) - One of the promises made by the leaders of the world’s seven richest nations when they met at Schloss Elmau in Germany earlier this week was an energy transition over the next decades, aiming to gradually phase out fossil fuel emissions this century to avoid the worst of climate change.

Let us be clear: a target of zero fossil fuels by 2100 puts us on track for warming on an unmanageable scale. The only commitment made by the G7 this week was a commitment to climate chaos.

Putting our faith in as-yet-underdeveloped technology fixes such as ‘carbon capture and storage’ and ‘geo-engineering’ to save us in the next 85 years, while the solutions to the climate crisis – renewable technology and community energy systems – exist here and now, is senseless.

“The only way to avoid the worst of climate change is to act now, with urgency and ambition. Not by 2100, nor 2050. We need real commitment to real solutions – and the best place the G7 can start is by taking its money – public money – out of dirty energy”

The only way to avoid the worst of climate change is to act now, with urgency and ambition. Not by 2100, nor 2050. We need real commitment to real solutions – and the best place the G7 can start is by taking its money – public money – out of dirty energy.

While the G7 gathered on Jun. 7 and 8, this was the message from people from around the world, who are calling for a ban on all new dirty energy projects and an end to the financing of dirty energy.

The G7’s role in upholding the current dirty energy system is not limited to the subsidies they pour into fossil fuels daily.

These include projects affecting communities deeply reliant on clean air, water, and land that is polluted and stolen from them, projects among populations most vulnerable to the effects of climate change, and projects where people face harassment and human rights violations for speaking out.

Last week, France, host of the 30 November-11 December 2015 Paris climate summit – the U.N. gathering to set the agenda for global climate commitments in the next decades – announced that two of the summit’s key sponsors will be EDF and ENGIE (formerly GDF-Suez).

The French state holds 84 percent and 33.3 percent of shares in these companies respectively. Both are involved in the construction of several very controversial, polluting projects across the world.

EDF is currently planning the destructive Mphanda Nkuwa mega-dam on the Zambezi River in Mozambique, in the face of fierce opposition from local communities and environmental organisations.

A letter from civil society reminds French President François Hollande that these and other projects place EDF and ENGIE among the top 50 companies that contribute the most to global climate change.

With 46 coal-fired power plants between them, EDF and ENGIE are responsible for emitting 151 million tonnes of CO₂ a year – which amounts to about half the total of France’s overall emissions.

The Italian state owns a considerable number of shares – almost one-third – in oil and gas company ENI. According to a recent report by Amnesty International, last year alone ENI reported 349 oil spills in the Niger Delta from its own operations.

The figure is remarkable – almost unbelievable. Each spill triggers a human and ecological crisis. The scale of the devastation and ENI’s failure to safeguard communities and ecosystems begs the question: is this sheer incompetence, recklessness, or simply utter indifference to the welfare of local communities?

Japan, the next offender on the G7 list, is the number one public financier of coal plants globally among the Organisation for Economic Cooperation and Development (OECD) countries.

Japan has 24 coal-powered projects either under construction or planned, many of them in Indonesia, Vietnam and India, where the more vulnerable local populations live under the cloud of plants’ toxic emissions.

Emissions of deadly sulphur dioxide and nitrogen oxides from coal plants are currently highest in Indonesia, where the planned Batang coal power plant is set to become the largest ever Japanese-financed plant in Southeast Asia.

Domestically, the government is prioritising drilling for new oil and gas, which will require huge subsidies. Hailing carbon-emitting gas as a ‘bridge fuel’ towards a cleaner energy system, the government is delaying investment in renewables to push fracking onto a population that vehemently opposes the dash for gas.

Meanwhile, Germany – the host of the G7 meeting – has been much lauded for its ‘Energiewende’ (‘Energy Revolution’), with a rapidly increasing use of renewable energy compensating for its nuclear phase-out in recent years.

However, German euros still make their way into the dirty energy machine – through sizeable tax exemptions afforded to fossil fuel producers’ exploration activities – allowing such companies to go further and dig deeper to uncover more carbon that needs to stay in the ground.

G7 Must Catch Up

The G7 countries have done the most to cause climate change. According to the Climate Equity Reference Calculator, they are responsible for 70 percent of historical carbon emissions, while hosting only 10 percent of the global population.

G7 societies have grown rich by exploiting the human and natural world. They owe an enormous ‘climate debt’ to developing nations – yet they can barely scrape together the money they promised to the developing world via the Green Climate Fund.

Whether it’s an oil spill in Nigeria, a mega-dam in Mozambique or a coal plant in Java, the sources of our publicly-owned dirty energy are always sites of ecological and social devastation.

Access to energy is a right, but it should not come at the cost of other people’s rights – to clean air and drinking water, to land and food sovereignty, and to sustainable societies.

The international movement for climate justice is building, and will keep up pressure on governments to take money out of dirty energy and reinvest it in democratic renewable solutions that benefit everyone.

The global shift towards a just energy transformation has long been under way. Now, it’s snowballing. People from around the world are showing the way and implementing community-owned renewable energy solutions.

There is a hunger for change, despite continued inaction from governments. G7 leaders, take note: you are trailing far behind and have a lot of catching up to do!