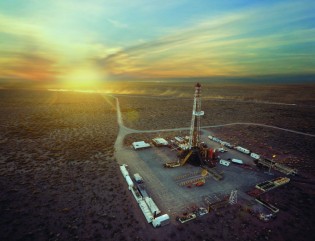 By Emilio Godoy
Scientists warn that large-scale fracking for shale gas planned by Mexico’s oil company Pemex will cause a surge in seismic activity in northern Mexico, an area already prone to quakes.
Next Page »
ADVERTISEMENT ADVERTISEMENT