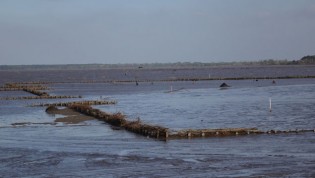 Microbes Thriving Deep Within the Earth

By Stephen Leahy
Every living thing from bacteria to President Barack Obama is made of carbon from exploding stars.

By Daan Bauwens
By 2020, countries that are signatory to the Kyoto protocol will have accumulated more than 17 billion tonnes of surplus emission reduction permits, a new study shows. This enormous surplus not only drives the carbon price close to zero, but also jeapordises the chances of reaching a new global climate deal.
ADVERTISEMENT ADVERTISEMENT