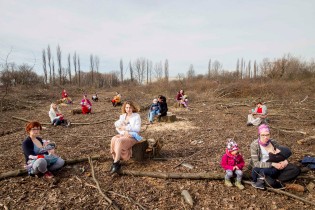 Migrants in Italy: “Shame Is Keeping Us Here”

By Daan Bauwens
Despite deplorable living conditions, loneliness and unemployment, many African migrants in Italy choose to stay - even when they have the means to return.

By Daan Bauwens
International donors pledged yesterday to mobilise 3.25 billion Euros to rebuild Mali, a figure that surpassed all expectations. But experts warn that the country does not have the absorption capacity for so much aid, while others say donors should pressure the Malian government to stop ongoing human rights abuses.

By Daan Bauwens
After two decades of economic stagnation and serial natural disasters, a growing number of young Japanese believe social entrepreneurship is the best way to rebuild their society.

By Daan Bauwens
Despite anti-discrimination laws and a steadily growing number of employed women, Japan is falling behind the rest of the world on gender equality. Widespread discrimination persists, and has only grown more subtle over the past years.

By Daan Bauwens
The Arab Spring is far from over. The protracted conflict in Syria continues to swallow lives while the international community, hamstrung by geopolitics, looks on; riots across the Muslim world following the release of a low-budget American movie that is disrespctful of the Prophet Muhammad resulted in the death of U.S. Ambassador Chris Stevens in Libya; Tunisia and Egypt continue to struggle with post-revolutionary economies; and a string of democratically elected Islamist governments has taken root in newly-liberated countries throughout the region.

By Daan Bauwens
The European Commission has announced it will limit the amount of crop-based biofuels used in transport, but its newly proposed measures are not nearly enough to curb the disastrous impact of the EU's biofuel policy around the world. Its effects will only worsen, activists say.

By Daan Bauwens
By 2020, countries that are signatory to the Kyoto protocol will have accumulated more than 17 billion tonnes of surplus emission reduction permits, a new study shows. This enormous surplus not only drives the carbon price close to zero, but also jeapordises the chances of reaching a new global climate deal.

Norway Counts the Usefulness of Lending

By Daan Bauwens
The Norwegian government has announced it would assess the legitimacy of developing countries' debt to Norway. In effect it will investigate whether its loans have been useful enough to warrant repayment.

Poland Clings On to Coal

By Daan Bauwens
Coal has brought its own compulsions for Poland, as it has for many other countries in the call to move to more renewable and cleaner sources of energy.

Biofuels and Hunger, Two Sides of the Same Coin

By Daan Bauwens
Despite growing evidence that biofuel production is causing food insecurity around the world, the new European Union policy blueprint on renewable energy ignores the social effects of biofuels. Last week, Guatemalan victims of the food crisis came to Brussels to make European policy makers aware of the problem.

By Daan Bauwens
With governments and international institutions focusing increasingly on a stronger role for the private sector in development aid, a new report by the European Network on Debt and Development (Eurodad) released yesterday suggests there is good reason to doubt this approach.

By Daan Bauwens
All 27 foreign ministers of the European Union have strongly spoken out against Israeli demolitions in Area C of the West Bank. Since the beginning of 2011 not less than 60 EU-funded projects have been demolished while 110 others are currently at risk. Several analysts claim the Israeli authorities are specifically targeting EU-funded projects.

By Daan Bauwens
In an unprecedented move, all 27 EU development ministers championed budget support Monday as an effective way of reducing poverty in developing countries. At the same time they gave the green light to a new ground-breaking initiative to prevent new humanitarian crises in the Horn of Africa.
Next Page »
ADVERTISEMENT ADVERTISEMENT