* Hanna Leghammar is a Swedish climate activist and member of PUSH Sweden. 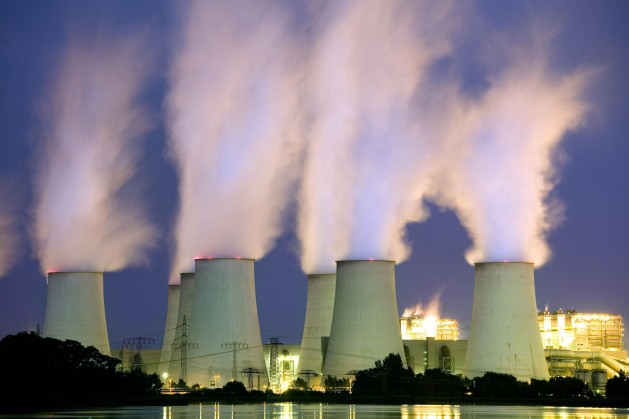 STOCKHOLM, Apr 30 2015 (IPS) - The Swedish government is in the process of pondering an important decision — whether to sell the vast lignite reserves of the state-owned Vattenfall energy giant or ensure that they stay in the ground. The decision will define Sweden’s commitment to tackling climate change.

Just a few days ago, on Apr. 27, Vattenfall stockholders gathered for their Annual General Meeting where the issue of selling the company was high on the agenda, according to Swedish radio station Ekot.

“States have a responsibility to start leaving their fossil fuel reserves in the ground. What people all over Sweden and Europe are demanding is not only an end to expansion, but also the action of leaving them untouched” – Annika Jacobson, Greenpeace Sweden

“We are in the middle of a process to sell,” Vattenfall’s executive director Magnus Hall, who hopes to reach a deal already this year, was reported as saying. According to Hall, the Swedish government has given a clear mandate and support to Vattenfall in its plan to sell its ‘dirty’ operations.

‘Vattenfall’ translates into ‘waterfall’ and the company’s logo is an image of a sun and beautiful waves. While it plays on this imagery to build its brand, Vattenfall is emitting huge amounts of carbon into the atmosphere every day.

The company’s lignite mines and power plants in Germany – including the Jänschwalde coal power plant which is Europe’s fourth biggest CO2 emitter – are responsible for twice the amount of Sweden’s total annual carbon emissions.

The Swedish government is committed to keeping the rise in global temperature below 2℃ which, at global level, requires leaving 82 percent of fossil fuel reserves in the ground. Through Vattenfall, the Swedish state is the owner of more than one billion tonnes of carbon.

Now is the time for Sweden to assume responsibility and ensure that emissions from these unburnable reserves are never released.

Over recent years, Sweden’s actions have shown that it has the potential to play a leading role in transforming our economies to power the renewable future we need. But Vattenfall’s conduct – clinging on to an outdated business model – taints this picture. 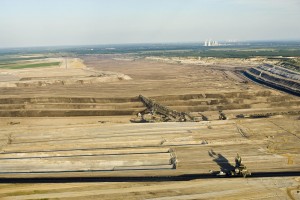 When Germany decided to phase out nuclear power in the wake of the 2011 Fukushima nuclear disaster in Japan, Vattenfall faced a major loss of potential profits and sued the German state. The company’s coal operations across Europe are also taking a financial hit as the coal industry worldwide has entered a huge slump. More than half of Vattenfall’s coal power stations are old and particularly polluting.

In the run-up to the Swedish general elections last year, the parties that now make up Sweden’s ruling coalition committed themselves to stop the lignite expansion of Vattenfall, thanks to pressure from Greenpeace and Swedish environmental groups.

“States have a responsibility to start leaving their fossil fuel reserves in the ground,” says Annika Jacobson from Greenpeace Sweden, who has just launched a Europe-wide petition to that effect with partners at 350.org and Skiftet [Democracy in Motion]. “What people all over Sweden and Europe are demanding is not only an end to expansion, but also the action of leaving them untouched.”

In this crucial year for climate action – with the next U.N. Climate Change Conference scheduled in Paris in December – Sweden has the opportunity to raise its head and translate ambition into action by stranding its dirty coal assets.

Not selling Vattenfall and focusing on achieving a just transition to renewable energy would be a bold and unprecedented move by a nation state which has built up its own wealth and climate resilience on a fossil-fuelled economy. This would pose a challenge to other states, considering the impending deflation of the carbon bubble.

If, as Ekot reported, Vattenfall is about to be sold, this would be flying in the face of the overwhelming majority of Swedish people who want strong climate leadership from their government, giving the country the opportunity to act on its moral responsibility to keep fossil fuels underground.

A majority of Germans also want coal to be phased out – and there is fierce resistance to Vattenfall’s lignite mining and power plants in Germany’s Lusatia region.

“The earlier promise by Sweden not to expand lignite mining in Lusatia has given hope to a community of around 3,500 people that faced forced relocations as their villages stood to be destroyed,” says Falk Hermenau, a grassroots activist from Cottbus, the largest town in the region.

“By committing now to keep its coal in the ground, Sweden has the opportunity to be a driving force for a coal phase out in Germany and inject new momentum for climate action across the world,” he argues

The rapidly growing movement against fossil fuel extraction and climate disruption – and a steady flow of news reports indicating the end of the fossil fuel era – have injected a momentum that can change the dynamics in the months before the U.N. climate talks in December.

Any meaningful deal in Paris will need to require all nations to leave fossil fuel reserves in the ground – and people from all over the world are demanding this kind of leadership. Sweden can and must lead the way by committing itself not to sell Vattenfall’s lignite operations and rather #keepitintheground.