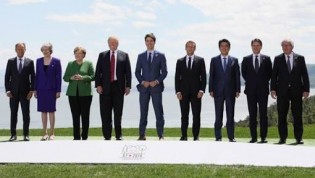 By Shyam Saran
The eighth G20 Summit convened in St. Petersburg on Sept. 5-6, 2013 was dominated by the Syrian crisis, deflecting attention from the mandate of the gathering to serve as the premier forum for international economic coordination.
ADVERTISEMENT ADVERTISEMENT