Jomo Kwame Sundaram is Coordinator for Economic and Social Development at the Food and Agriculture Organization of the United Nations in Rome. Rudi von Arnim is Associate Professor of Economics at the University of Utah, Salt Lake City. 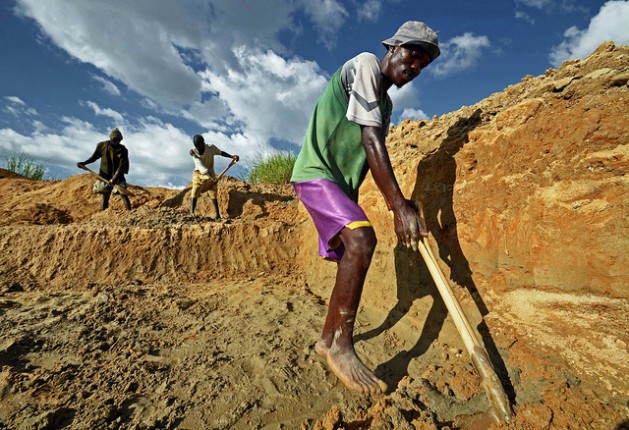 ROME, Jun 23 2015 (IPS) - After the turn of the century, growth in sub-Saharan Africa (SSA) picked up again after a quarter century of near stagnation for most, mainly due to increased world demand for minerals and other natural resources.

The region became second only to East Asia in recovering from the global slowdown following the 2008-2009 financial crisis.

During the decade 2003-2013, growth was faster, averaging 2.6 percent per capita annually. The SSA growth acceleration of the past decade fueled hopes that growth on the continent had finally begun to accelerate and catch up.

Annual SSA per capita real GDP growth had averaged a respectable two percent in the 1960s, but had slowed down from the late 1970s. Over the next two decades, real per capita income for sub-Saharan countries shrank by about three quarters of a percentage point annually on average.

While SSA growth resumed in the last decade, reliance on natural resource extraction has compromised its developmental impact. Such economic activity, especially in mining, has few linkages to the rest of the national economy, thus limiting its growth and employment creation impacts as well.

As its economic performance has closely followed the vagaries of the global commodity price cycle, SSA growth in the last decade was largely driven by the minerals boom on the continent.

But the high commodity prices of the past decade have been reversed by the spreading global economic slowdown and the Saudi decision to drastically reduce oil prices.

However, natural resource extraction does not have the same potential to accelerate development as manufacturing. No country has successfully developed without substantially increasing manufacturing or high-end services. Sub-Saharan Africa has not done well on this score in recent decades.

While the manufacturing share of GDP for all developing countries has risen over 23 percent, it has fallen in SSA to 8 percent from 12 percent in the 1980s. Meanwhile, the primary commodities’ share of total SSA exports reached almost 90 percent in the past decade.

Premature and inappropriate trade liberalisation has damaged SSA’s limited export capacities. The region’s share of world merchandise exports fell from 5 percent in the 1950s to 1.8 percent during 2000-2010. Meanwhile, its share of world manufactured exports stands at a paltry one-fifth of one percentage point.

Trade liberalisation has also undermined the fiscal capacities of many governments in poor countries, with dire consequences for development and social progress.

Thus, trade liberalisation has reduced their ability to raise revenue, without providing alternate sources. As a consequence, the share of government spending in GDP has fallen from an average of around 16 percent during 1980-1999 to 13 percent during recent years.

Thus, neither trade nor financial liberalisation has helped accelerate economic growth in SSA. Growth requires investments, but investment as a share of SSA GDP has fallen in recent decades, to only 17 percent before the crisis.

External financial liberalisation from the 1980s was supposed to draw in foreign resources, but portfolio investments in SSA are negligible, and more crucially, ill-suited to facilitate sustainable growth.

Instead, there have been net outflows of capital from the world’s poorest region to international financial centres, including tax havens.

Appropriately targeted ‘greenfield’ foreign direct investment (FDI) has more potential to make a positive impact. However, Africa’s share of FDI to all developing economies has fallen from 21 percent in the 1970s to only 11 percent in recent years, or from 5 percent to 3 percent of global FDI.

In 2012 dollars, annual ODA to SSA hovered around 50 billion during 2006-2013, up from about 42 billion in 2005, but well short of what was promised. G8 aid to Africa falls well short of promised levels, even below the contributions from the small Nordic countries.

Not surprisingly, the recent G7 summit made no reference to the Gleneagles promises. Instead, it focused on addressing climate change, and it seems likely that climate finance conditionalities will undermine the principle of common, but differentiated responsibilities.

The struggle leading to the Conference of Parties in Paris will be to ensure that climate finance will be additional to the longstanding ODA promises, and will promote climate justice and development.