Haidee Swanby is Senior Researcher at the African Centre for Biodiversity 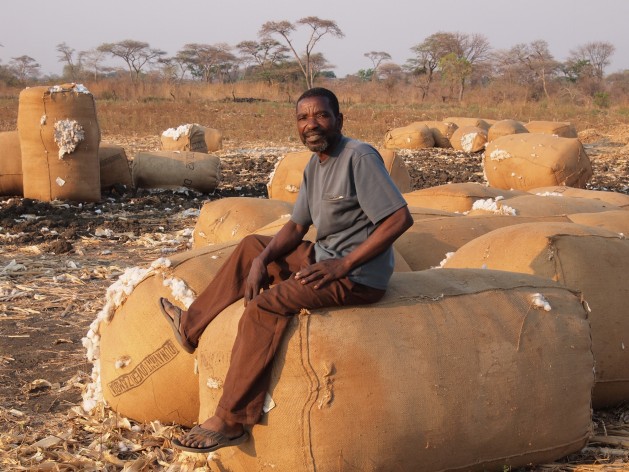 African governments have been sceptical of genetically modified organisms (GMOs) for decades and have played a key role historically in ensuring that international law – the Cartagena Protocol on Biosafety – takes a precautionary stance towards genetic engineering in food and agriculture.

They have also imposed various restrictions and bans on the cultivation and importation of GMOs, including on genetically modified (GM) food aid.

But now resistance to GM cultivation is crumbling as a number of other African countries such as Malawi, Ghana, Swaziland and Cameroon appear to be on the verge of allowing their first cultivation of GM cotton, with Nigeria and Ethiopia planning to follow suit in the next two to three years.

“Scrutiny of actual experiences [with GM cotton] reveals a tragic tale of crippling debt, appalling market prices and a technology prone to failure in the absence of very specific and onerous management techniques, which are not suited to smallholder production”

Some African governments and local cotton producers have high hopes that GM technology will boost African competitiveness in the dog-eat-dog world that characterises the global cotton market.

At the moment African cotton productivity is declining – it now stands at only half the world average – while global productivity is increasing. The promise of improving productivity and reducing pesticide use through the adoption of GM cotton is thus compelling.

However, African leaders and cotton producers need to take a close look at how GM cotton has fared in South Africa and Burkina Faso to date, particularly its socioeconomic impact on smallholder farmers.

Scrutiny of actual experiences reveals a tragic tale of crippling debt, appalling market prices and a technology prone to failure in the absence of very specific and onerous management techniques, which are not suited to smallholder production.

As stated by a farmer during a Malian public consultation on GMOs, “What’s the point of encouraging us to increase yields with GMOs when we can’t get a decent price for what we already produce?”

In Malawi, Monsanto has already applied to the government for a permit to commercialise Bollgard II, its GM pest resistant cotton, to which there has been a strong reaction from civil society and an alliance of organisations has submitted substantive objections.

Even Malawi’s cotton industry, the Cotton Development Trust (CDT), has publically voiced its concerns over a number of issues, including inadequate field trials, the high cost of GM seed and related inputs, and blurred intellectual property arrangements.

In addition, CDT has expressed unease over the potential development of pest resistance and the inevitable applications of herbicide chemicals.

Regional economic communities (RECs), such as the Common Market for East and Southern Africa (COMESA) and the Economic Community for West African States (ECOWAS), are also key players in readying their member states for the commercialisation of and trade in GM cotton, through harmonised biosafety policies. Together COMESA and ECOWAS incorporate 34 countries in Africa.

The COMESA Policy on Biotechnology and Biosafety was adopted in February 2014 and member states validated the implementation plan in March 2015.

The ECOWAS Biosafety Policy has been through an arduous process for more than a decade now and pronounced conflicts between trade imperatives and safety checks have stalled agreement between stakeholders. However, recent reports indicate that agreement between member states and donor parties has been reached and a final draft of the Biosafety Policy will soon be published.

Experiments and open field trials with GM cotton have been running for many years in a number of African countries and are increasingly at a stage where applications for commercial release are imminent.

However, there are many obstacles to the birth of a new GM era in Africa, chief among them the fact that this high-end technology is simply not appropriate to resource-poor farmers operating on tiny pieces of land, together with fierce opposition from civil society and sometimes also from governments.

Attempts by the biotech industry to impose policies that pander to investors’ desires at the expense of environmental and human safety may be easier to realise at the regional level, through the trade-friendly RECs. This is where many biotech industry resources and efforts are currently being channelled.

Despite whatever legal environments may be implemented to enable the introduction of GM cotton regionally or nationally, the fact remains that Africa’s cotton farmers are operating in a difficult global sector – prices are erratic and distorted by unfair subsidies in the North, institutional support for their activities is often lacking, and high input costs are already annihilating profit margins.

Fighting for the introduction of more expensive technologies that have already proven themselves technologically unsound in a smallholder environment is deeply irresponsible and short-sighted.

It is time that African governments turn their resources to improving the local environments in which cotton producers operate, including institutional and infrastructural support that can bring long-term sustainability to the sector, without placing further burdens and vulnerability on some of the most marginalised people in the world.

Civil society actions will continue to vehemently oppose and challenge the false solutions promised by GM cotton and will insist on just trading environments and true and sustainable upliftment for African cotton producers.

* This opinion piece is based on the author’s more extensive paper titled Cottoning on to the Lie, published by the African Centre for Biodiversity, June 2015