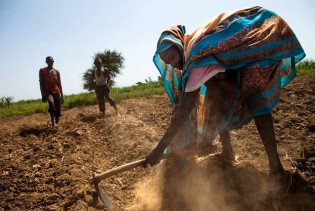 By James Reinl
The United Nations has condemned an internet shutdown and the blocking of social media channels during Sudan’s political crisis, as fears persisted over a crackdown on media freedoms in the turbulent African country.

By Lisa Vives
Sudanese President Omar al-Bashir is predicted to roll up an easy victory in national polls this week, adding another five-year term to his already 26 years in office.

By Danny Sriskandarajah
I had the privilege of visiting South Sudan a few months after the world’s youngest state had been born in July 2011.  Then, most people were wondering what the future held for the country.  The road has not been easy so far.
Next Page »
ADVERTISEMENT ADVERTISEMENT