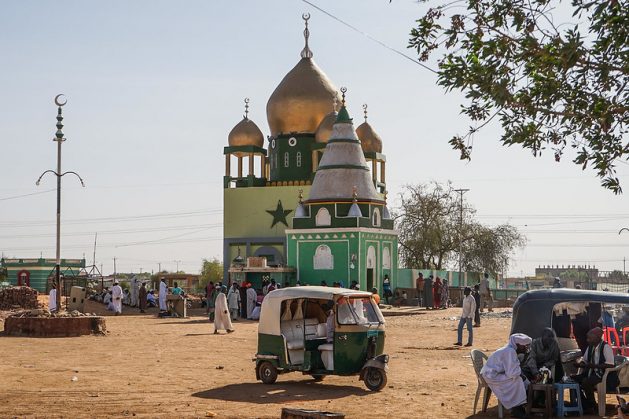 The Sudan Partnership Conference, which took place via teleconference, pledged $1.8 billion to support the transitional government as well as facilitating access to loans and partial or total debt relief by some countries. Courtesy: CC by 2.0/Nina R

KHARTOUM, Jun 26 2020 (IPS) - This week, when Sudan’s Minister of Energy and Mining Adil Ibrahim addressed the country, stating that households will face power-cuts for up to seven hours a day, people had already been sitting on plastic chairs outside their homes, scouring the internet to purchase battery-operated fans. This Northeast African nation has seen temperature highs of up to 41 degrees Celsius recently.

Ibrahim attributed the power cuts to foreign engineers who had been working to build the country’s energy industry but left because of the COVID-19 crisis. However, the situation is more complicated.

“The government does not have money to buy the gasoline needed for the energy sector, the country does not have foreign currency and the reserve at the central bank of Sudan is very minimal,” an anonymous source at the Ministry of Finance and Economic Planning told IPS.

Sudan has barely emerged from the 30-year long dictatorship of Omar al-Bashir, who was overthrown by a revolution in April 2019. Currently, the transitional government — a civilian and military government — is too broke to finance Sudan’s transition.

The military has controlled Sudan for almost 50 years through dictatorships and it continues to have a tight grip on power.

But yesterday, Jun. 25, the Sudan Partnership Conference, which took place via teleconference, pledged $1.8 billion to support the transitional government as well as facilitating access to loans and partial or total debt relief by some countries.

The conference, hosted by Germany and supported by the Friends of Sudan, brings together the European Union (EU), the United States, the United Kingdom and several Gulf and African countries. Senior figures in the EU, the Sudanese government as well as the Secretary-General of the United Nations António Guterres addressed the conference.

But Shawqi Abdelazim, a veteran journalist in Khartoum, says that the conference was not only about meeting financial targets.

“The conference had political targets and it has put Sudan back on the map and signalled its return to the international community. Many countries asked for Sudan to be removed from the state sponsors of terrorism list which is very important for economic recovery,” Shawqi Abdelazim, who works for Sudanese and German publications, told IPS.

Shawqi Abdelazim added that by working with Sudan, the international community made a decision, “it is either they work with us to save the transitional period or they leave us to face our own fate; to fight off the military leaders or self-isolate in an attempt to re-build our economy with humble means”.

A recent report by the European Council on Foreign Relations states that the military generals “control a sprawling network of companies and keep the central bank and the Ministry of Finance on life support to gain political power”.

The civilian wing of the government led by Hamdok needs reassurance as it continues to solidify civilian rule to make way for democratic elections in three years as well as fight the deep state control of the former ruling party, the National Congress Party (NCP).

“The conference gave legitimacy to the civilian government, they made it clear that they are supportive,” Mayada Hassanein, an economist in Khartoum, told IPS.

But this does not mean that the financial pledges would keep the civilian government afloat for a long time.

“The amount pledged, $1.8bn is less than what is needed for cash transfers for the ministry of finance program to support families,” said Hassanien.

The Ministry of Finance and Economic Planning had been keen to secure at least $1.9 billion to support its family assistance programme, which aims to allocate $5 per family to support them with the ever-increasing living costs.

The programme was inspired by similar successful programmes in Brazil, but in the Sudanese context, it could have its flaws.

“It is fair to support vulnerable families, but this money is better spent on public services that can protect families from the volatility of the market. There is no point in having money in my pocket if I can’t find medicine or take my children to school,” Mayada Abdelazim, an economist in Khartoum, told IPS.

Sudan has serious medicine shortages and the crisis was further exacerbated by the COVID-19 crisis.

Previously there were only ‘partners’ not donors

On the ground, the reality is dire. The transitional government, with all the external and internal support it garnered, was unable to fund the ambitious democratic transition the Sudanese people fought for.

Things looked promising in the first months after Hamdok was sworn in. In October, the European Union (EU) pledged €466 million in development assistance and various EU countries pledged funds for development and technical support. But this was not enough to help the government stand on its feet.

A report by the European Council on Foreign Relations explained that “international donors blame their reluctance to assist the Sudanese government on its inaction regarding subsidy reform”.

The International Crisis Group says that fuel subsides have damaged Sudan’s economy. They currently take up 40 percent of the country’s annual budget. “As part of the subsidies policy, fuel importers can buy dollars at a price far below market price, leaving room for corruption”.

Local economists paint a similar picture, but the government is cozying up to the International Monetary Fund (IMF).

“One reason Sudan is unable to get loans is its significant debt, however, the IMF and the World Bank are clear gateway to accessing international funds. The IMF is now in agreement with the government to send technical experts to support with the reforms, but this was not a clear promise to give Sudan money,” Mayada Abdelazim said.

The IMF’s structural adjustment programmes mandate lessening or lifting subsidies all together and in recent months, a familiar process is underway in the country.

“The government has already lifted fuel subsidies by offering commercial fuel (which is another word for unsubsidised) in addition to subsidised fuel. But currently, you can only find fuel at the gas stations that offer unsubsidised fuel, they basically lifted subsidies without entering into a direct confrontation with the public,” said Mayada Abdelazim.

During Al-Bashir’s tenure, Sudanese people endured numerous wars (some of which are only in the process of being resolved), severe economic impoverishment, and the oppression of all dissent and a total deterioration of all aspects of their welfare.

For years, 70 percent of Sudan’s budget was invested in the security and military sector leaving very little for healthcare and education, which were further destroyed through privatisation policies and incessant corruption by the ruling party.

A few weeks ago, the government increased the minimum wage by up to 700 percent to match raising inflation. However, inflation increased from 98.81 to 114.33 percent between April and May.

The new salaries have now become redundant as the prices of basic food items increased from 200 to 300 percent and the Sudanese pound (SDG) continued to plummet, reaching 145 SDG to the U.S. dollar in the black market versus 55 SDG to the dollar.

“Any money you give people will get eaten up as prices increase due to volatility. Business owners do not know how much they would have to pay for rent or stock next month, they have to push up their prices based on expectations,” said Mayada Abdelazim, who has been working on a paper on the partnership conference.

Outside Khartoum, the situation is even worse for ordinary citizens.

Hanan Hassan, a civil servant who lives in Damazin in Blue Nile state, over 500 kms from the capital, Khartoum, told IPS that businesses have taken advantage of the salary raises to increase their prices.

“Transportation costs inside the city went up by 300 percent, food items are increasing on a daily basis which makes it impossible to come up with a monthly budget. Traders are taking advantage of people because there is no monitoring by the authorities and others are arguing that they have to purchase fuel at commercial rates,” said Hassan.

In the meantime, the government has a dilemma, currently it has no money to pay salaries or to import basic food items.

“The Minister is opposed to financing from the Central Bank, but the bank has to print money to finance the remainder of the 2020 government budget,” said the source at the Ministry of Finance and Economic Planning.

Reclaiming what can be reclaimed

In November 2019, the transitional government passed a law establishing the Empowerment Elimination, Anti-Corruption, and Funds Recovery Committee, which is tasked with ridding the country of the legacy of the former regime and reclaiming Sudan’s embezzled resources.

The committee has held numerous press conferences to announce the confiscation of land, companies and financial resources from old regime. All the resources will revert to the Ministry of Finance and Economic Planning, which is supposed to integrate them into the annual budget.

“The government expects that the confiscated land and property would bring in 77 billion SDG in profit,” said the source at the Ministry of Finance.

In May, the committee announced that it now controls $3.5 to $4 billion worth of assets from the former president. This is not yet cash. Observers believe that the government will have a hard time liquidating the assets as the cronies of the former regime are the only ones with the money to buy them back.

“Sudan’s revolution gave people around the world hope that change can happen, it is our responsibility to support this transitional process,” German Ambassador Ulrich Klöckner told IPS.