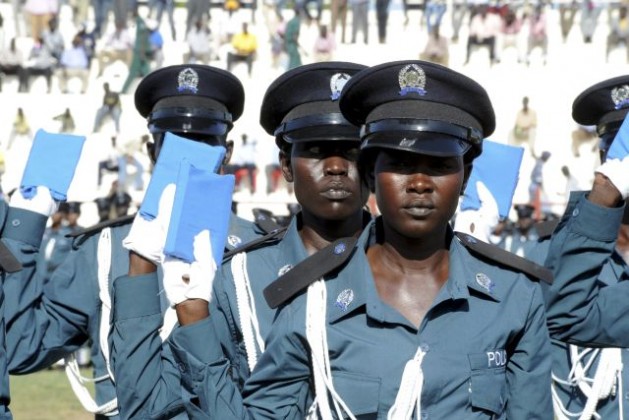 SAINT JOHN, New Brunswick, Canada, Jun 18 2015 (IPS) - For the second year in a row, South Sudan has been designated as the most fragile nation in the world, plagued by intensifying internal conflict that has displaced more than two million of its people.

Headline-making events of the past year have spurred much of the movement of countries’ rankings – for better or worse – in the Fragile States Index (FSI), a joint annual report by Foreign Policy magazine and think-tank Fund for Peace (FFP) released on Jun. 17.

“For me, Nigeria was one of the most interesting stories of the year. All indicators showed intensive pressures on all fronts...and yet people were able to really rally at the local, national level.” -- Nate Haken

Sub-Saharan Africa found itself leading the pack, with seven out of the top 10 countries ranked as the most fragile. As far as regional trends go, the Islamic State’s encroaching influence pulled states such as Yemen, Libya, Syria and Iraq into the top 10 most-worsened countries of 2015.

Cuba stood out as the most-improved country this past decade, owing its designation to the thawing of relations with the United States and the gradual opening of its economy to foreign investment. Though trends suggest the nation is on track to improving conditions, there remains the challenge of access to public services and upholding human rights.

In an effort to measure a state’s fragility, the index accounts for event-driven factors and makes use of data to illuminate patterns and trends that could contribute to instability. The report analysed the progress of 178 countries around the world.

And yet, the report highlighted, there are outliers like Nigeria that defy easy categorisation even as pressures on all fronts – political, social, economic – would indicate a country on the brink of descending into conflict.

“For me, Nigeria was one of the most interesting stories of the year. All indicators showed intensive pressures on all fronts,” Haken told IPS. “Oil prices were down, there was more killing this past year.”

But in an unexpected turn, Haken noted, the political opposition led by Muhammadu Buhari emerged as a credible threat to incumbent Goodluck Jonathan of the People’s Democratic Party. He added that many expected a polarising outcome that would pit the north and south against each other, whatever the outcome.

“I think most observers looking at these trends thought this was bound to be a disaster,” said Haken. “Every empirical measure shows a high degree of risk and yet, people were able to really rally at the local, national level.”

Meanwhile, Portugal and Georgia joined the ranks of Cuba for the most improved, with strides being made in the economy.

Whereas some countries’ progress or decline has held steady, a closer look can reveal an emerging narrative, said Haken. The United States’ year-over-year score (ranked at 89) has remained flat, but group grievances – tensions among groups – has been increasing since 2007, with respect to the immigration of children fleeing Central America and protest against the police over racial relations.

Far from being a predictive tool, the index functions as a diagnostic tool for policy makers working in human rights and economic development to identify high-priority areas, he noted. As well, it serves to turn the spotlight on countries that seemingly have marginal bearing for the international community.

In the case of the Ebola crisis in West Africa, countries like Liberia, Guinea and Sierra Leone may not have figured large in headlines, but the “ripple effects across the region” also had far-reaching consequences for the international community as the world scrambled to contain the outbreak, Haken noted.

“One thing that came out of the index is how critical infrastructure is for sustainable human security,” he said. “… Once it began to spread, it was difficult for medical personnel and supplies to reach the rural areas.”

This regional crisis, in particular, served as a reminder that “post-conflict” nations “on path to recovery” still face vulnerabilities, the report noted.

The index relies on 12 indicators (plus other variables) to make its assessment. They account for state legitimacy; demographic pressures; economic performance; intervention of state or non-state actors; provision of public services; and population flight, among others. Each indicator is given equal weight, and countries take a numerical score, with one for the best performance and 10 for the worst.

On this basis, policy makers are encouraged to use the index to frame research questions and to help determine the allocation of humanitarian aid.

Since 2014, FSI moved away from the use of the term “failed” in favour of “fragile,” as a way of acknowledging that in some instances, the pressures a state faces can be beyond its control, said Haken.

For instance, he cited refugee crises in which governments – ill-equipped or not – take on a large number of refugees.

“Failure connotes culpability somewhere, whereas that’s not what this index was ever trying to do,” he said. “It was looking at factors – some of which governments have influence over, some of which they don’t.”