Stories written by Beatrice Paez
Beatrice Paez was a contributor at IPS, where she covered the United Nations beat. She resides in Toronto, Canada. 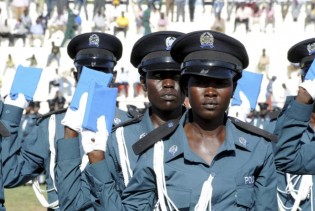 By Beatrice Paez
For the second year in a row, South Sudan has been designated as the most fragile nation in the world, plagued by intensifying internal conflict that has displaced more than two million of its people.

By Beatrice Paez
The migratory seeds of cooperatives were sown and first thrived in Europe, but have since adapted to the climate of nations worldwide.

By Beatrice Paez
Cooperatives may face an immense challenge in garnering broader public recognition among consumers, but when it comes to chasing growth, they haven’t held back.

By Beatrice Paez
The international rally to take the global cooperative movement to the next level is in full swing at the International Summit of Cooperatives here, which kicked off on Monday.

By Beatrice Paez
Youth worldwide are facing limited job prospects in the traditional channels of employment, and in the midst of the job crunch, cooperatives are seeking ways to connect with this untapped pool of talent.

By Beatrice Paez
The banner year for the global cooperative movement is winding down into its last months, but its leaders have echoed a resounding message: cooperatives, a values-based business model, can usher a transition to a more socially responsible economy.

Water Strategy Key to Cities of the Future

By Beatrice Paez
A diverse group of more than 4,500 professionals from the water industry gathered here to send a resounding message: a sharp break from past practices of water distribution and wastewater management is needed to cope with the burgeoning population growth in cities and impending water scarcity.

By Beatrice Paez
A mother accused of backing insurgents in the Philippines and her newborn son are awaiting their release from prison, in a case that has gained international attention.

By Beatrice Paez
Six hundred delegates from more than 80 countries flocked to Montreal Aug. 20-23 for the CIVICUS World Assembly in search of innovative ways to approach global challenges like poverty and climate change.

By Beatrice Paez
Three scenarios were laid before the delegates here attending the CIVICUS World Assembly, a venue that attracts civil society, donors, government and business leaders from every region of the world.

By Beatrice Paez
The spirit of international negotiations in Montreal on a draft protocol on Access and Benefit Sharing (ABS) of natural resources were marred by Canada’s insistence on a decentralised approach to ABS, Peigi Wilson, a Métis lawyer present at the meeting in support of the Quebec Native Women, told IPS.

By Beatrice Paez
Despite the creation of a High-Level Advisory Group on Climate Change Financing (AGF), a group of hard-hit Pacific islands is expressing doubt that aid will be delivered in a timely manner.

By Beatrice Paez
Six months after Haiti's devastating earthquake, U.N. aid agencies say they are entering the challenging phase of replacing the tents that are home to the estimated 1.5 million people who remain displaced.

EDUCATION: Taking Science into the Streets

By Beatrice Paez
A group of 80 students, broken into smaller groups with their notebooks in tow, troop through the boroughs of New York City to survey the produce that populates farmers' markets and grocery stores in their neighbourhoods. Across the world, a similar image emerges in Dar es Salaam, Tanzania, where female students are learning to grow edible mushrooms in their villages.

By Beatrice Paez
Nine million more people have fallen into poverty in Latin American and Caribbean countries since the global financial crisis struck, threatening the achievement of all the Millennium Development Goals (MDGs) by the 2015 deadline, according to a report released Thursday by 18 U.N. agencies.

IOC Joins U.N. to Level the Playing Field for Women

By Beatrice Paez
The sight of girls and boys playing cricket and skateboarding together in the streets of Afghanistan and Iraq may be unexpected to some, but it is a homegrown effort aimed at fostering gender equality.

By Beatrice Paez
Ahead of a week-long meeting on gender equality starting Monday at the United Nations, women's rights activists have been pushing for concrete progress on a pledge made last September by the world body to create a new, better-funded U.N. agency for women.

By Beatrice Paez
Despite the ongoing financial crisis, global poverty rates are expected to fall by half in the next five years compared to 1990, according to the Millennium Development Goals (MDG) Report 2010 launched on Wednesday by Secretary-General Ban Ki- Moon.

By Beatrice Paez
Individuals and armed groups that are considered repeat offenders in the recruitment and use of child soldiers may soon be subject to United Nations sanctions.

By Beatrice Paez
Gangs and armed groups may rank below militaries and law enforcement agencies in the possession of firearms, but "they have consistently shown a willingness to use guns and use them for violence," says Dr. Jennifer Hazen, a senior researcher with the authoritative Small Arms Survey.
Next Page »
ADVERTISEMENT ADVERTISEMENT