MONTREAL, Canada, Aug 23 2010 (IPS) - Three scenarios were laid before the delegates here attending the CIVICUS World Assembly, a venue that attracts civil society, donors, government and business leaders from every region of the world. 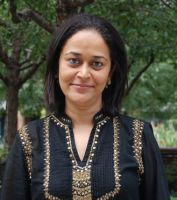 With an emphasis on teasing out solutions to global problems, the CIVICUS World Alliance for Citizen Participation has earned a reputation as a lead advocate in pushing for participatory democracy. The organistation acts as a catalyst for the formation of alliances – to date, there are about 1,000 civil society organisations that claim participation.

Guided by the stated theme of the search for economic justice, David Bonbright, the moderator of the Aug. 20-23 assembly, first sketched a portrait of a static world, one he aptly described as “business as usual”. The next illustration brought into focus a world of reform but with insufficient improvements. He then drew the crowd into an image of transformation, where new concerted efforts take hold.

For Ingrid Srinath, the secretary-general of CIVICUS, reality falls somewhere along this spectrum of possibilities. Srinath told IPS that while there are emergent tools and avenues accessible to civil society to mount pressure on governments, multilateral institutions and business, much remains unchanged in the area of governance.

Q: With a conference each year and a different theme at play, how does CIVICUS keep previous goals in sight? A: There is a continuing theme that links all world assemblies – “Acting together for a just world.” What most often happens is that ideas, collaborations and initiatives that emerge from the world assembly will take the form of a programme or a task team, which then institutionalises that work. Everything from accountability to participatory governance and gender equality were themes that became programmes at CIVICUS with their own networks and partnerships.

We also ask, what is the burning issue in civil society? This year it was clearly economic justice and we try to look at that broad theme of acting together for a just world through the lens of economic justice. Similarly, there will be initiatives that will either result in new programmes or add on to existing CIVICUS programmes.

Q: Could you offer an illustration of some existing programmes that have evolved over the years through the alliances forged at the assembly? A: A few years ago accountability was the big theme in civil society, because civil society was being challenged to demonstrate that it was accountable. That then became a programme at CIVICUS – the Legitimacy, Transparency and Accountability programme.

It also resulted in our network of international NGOs coming together to build an accountability charter, which became a standard for reporting for those NGOs. Thirteen large NGOs signed up to this and worked with the global reporting initiative to develop the NGO GRI (Global Reporting Initiative) sector supplement, which is now aspiring to become a global standard for NGO accountability.

Q: So in the search for economic justice, where should civil society focus its efforts? Are there new pressure points that civil society has yet to capitalise on? A: It seems to me that regardless of what issue we’re dealing with, aid or trade or climate or MDGs, the fundamental roots of the problem lie in governance.

There is a whole range of problems that require global solutions. This democratic deficit is the single biggest obstacle to achieving any resolution to these problems.

Q: So how does CIVICUS perceive itself in relation to the U.N.? A: The U.N. for many in civil society still remains the best multilateral forum that we have. It has a lot of flaws – there are plenty of reasons to criticise it. But it still remains the only forum where 192 countries get to say their piece and where civil society has fought long and hard to be included as a legitimate stakeholder.

Civil society still enjoys greater access into U.N. processes. It is much less easy for civil society to penetrate the G8 or G20. It still remains our best hope. Civil society continues to advocate [that] a little bit of the decision making stay within the U.N. rather than being hijacked by these other forums that are impenetrable.

Q: What message will you be bringing to the Millennium Development Goals (MDG) Summit in September? A: In one line – put human rights back into the heart of the MDGs. The evidence is clear that where MDGs are being achieved, they’ve taken a more holistic approach to it – better governance, more participation of civil society and parliamentarians.

Where MDGs are not being achieved, it’s not so much about funding but poor governance. Really ensuring that you take a more human rights approach to the MDGs is a singular theme we are taking to New York.

There’s this huge gap between what the Millennium Declaration set out to do and the more watered down targets of the MDGs themselves and in that process already the human rights element got lost.

Q: How has the ascendance of the Internet as a new political arena for civil society affected the responsiveness of governments? A: Certainly it allows for a higher degree of participation or feedback to their leaders, but also it is not just about governments. Social networks have been useful at getting corporations to be more accountable. It has essentially provided access and voice to large numbers of people. Still, it completely leaves out large chunks of people that don’t have Internet or computers.

Facebook has the third most populous entity – it has a population larger than any country except China and India, which in itself gives it humongous clout and incredible reach. It seems to me if I were to label it, Facebook may be the largest civil society organisation of our time. Maybe all of us in civil society need to rethink what we do and how we do it, to revisit the old paradigms of how we view civil society.