QUEBEC CITY, Canada, Oct 9 2012 (IPS) - The international rally to take the global cooperative movement to the next level is in full swing at the International Summit of Cooperatives here, which kicked off on Monday. 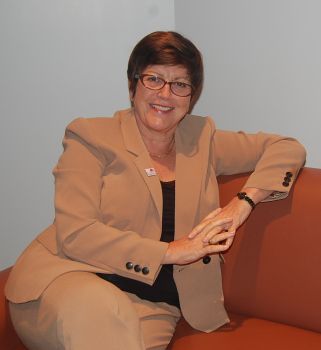 Under the banner “The Amazing Power of Cooperatives”, the summit seeks to demonstrate its contributions in proffering alternative, human-centred solutions for economic development across the world.

The summit marks the first occasion to bring nearly 2,800 cooperative participants from 91 countries into dialogue with one another.

To make their case, the summit’s organisers, Desjardins, Canada’s financial cooperative, and the International Cooperative Alliance (ICA) are letting the numbers do the talking, speaking to the fact that cooperatives sprout where there is a vacuum in services and opportunities in the community.

“With one million organisations, 100 million employees and one billion members we already have a global voice, now we need to make it resonate across the world,” said Monique Leroux, the CEO of Desjardins.

Addressing the crowd gathered at the opening ceremony, Dame Pauline Green, the president of ICA, fondly recalled one of her worldwide tours of cooperatives.

“There were desks squeezed into every corner of the room and the place was buzzing with members waiting to deposit or withdraw money,” says Green about her trip to a credit union on the outskirts of Manila. “Coffee and biscuits were being shared, and they showed me with such pride a seven-story building that they had built with credit union money.”

The building was purposed as a school for 650 local students, funds were also used to create a preschool, where mothers can drop off their children to supplement their family’s income, and a chapel, where members can seek a measure of comfort in times of distress.

This is a portrait of the movement at work, said Green.

But Green noted that while there are many success stories of cooperatives filling in areas neglected by other parts of the economy, cooperatives continue to be sidelined and discriminated in their efforts to reconfigure the direction of global economic policy.

She pointed to the fact that neither the World Bank nor the B20, which advises the G20 group of the world’s biggest economies, has a cooperative economist on their boards.

In his opening remarks, Riccardo Petrella, an Italian economist and political scientist, also discussed of the unwillingness of governments to strive for global economic policies that balance the needs of people with profit.

He went on to speak of the gross inequality that punctuates society and the misplaced values that put accumulation ahead of the equitable distribution of wealth.

Green has been bringing the case of cooperatives to various international and governmental bodies and stakeholders around the world, from Beijing to Washington.

“Our argument has been that cooperative businesses want to see a more diversified global economy,” said Green. “The world needs a global economy that puts people at the heart of decision-making and not just the red-blooded pursuit of economic development at any cost.”

With over eight years of experience on the ICA board, Green has made it her ambition to make the cooperative model the blueprint to guide global institutions in their policy decision-making.

IPS spoke with Green to discuss the challenges the cooperatives face in today’s economic climate.

Q: Cooperatives are active in all corners of the globe, but in what regions does the movement need to gain a firm grounding?

A: There’s a huge raft of energy that needs to go into countries involved in the Arab Spring. What we want to do is to engage through social media. We want to attract them at the grassroots level, on things like cooperative housing, things like professional cooperatives. Those people, when they came out on the streets in the Arab Spring, weren’t just looking for political freedom, they were looking for economic fairness.

By 2050, we won’t have enough productive land in the world to feed the estimated nine billion population. (Of) the remaining land that is available to increase production, 73 percent or 80 percent of it is in Africa. The issue becomes how do we energise African small holders, how do we make it in a way that the benefits are given back to peasant farmers.

Our fear is that nothing will happen and we’ll just see the multinationals buying up the small holders and they’ll get a tiny shot in the arm, which will last for a short while.

Q: What are the key priorities of the ICA?

A: The key thing for us is that the global economy does not recognise our sort of business. Our serious initiative for this year is try to impact the global economy. A billion people around the world are not starry-eyed idealists, they’re realists.

We believe we can open some of the doors for our businesses big and small, and demonstrate their worth to governments.

Q: Not all enterprises are immune to corruption. Do cooperatives have a unique approach to dealing with or mitigating corruption?

A: The strength of the cooperative movement is its accountability to its members. Its ordinary members are on the board of cooperatives, driving the direction and holding management accountable. More than often, these things are discovered through the process of an ordinary person who will ask the awkward questions. You have a totally diverse set of people with different skills.