Q&A: ‘For Fragile States Aid is Life, Not Money’ 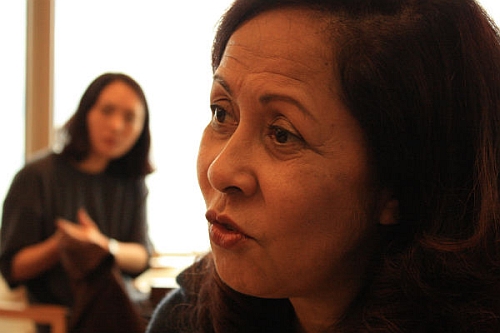 BUSAN, South Korea, Dec 2 2011 (IPS) - The new deal for the ‘fragile states,’ from the g7+ – a group of 19 countries that struggle with poverty, instability and violent conflict – has been hailed as a major breakthrough at the Fourth High Level Forum on Aid Effectiveness here, earlier this week.

‘The 1.5 billion people who live in the fragile states need significant aid for basic governance and economic transformation. Most of them have seen conflict since 1989 and 30 percent of official development assistance (ODA) is spent in fragile and conflict-affected contexts.

Despite the aid commitments, the fragile states are moving further from achieving the millennium development goals (MDGs).

The new deal builds on the base of five new goals – legitimate politics, justice, security, economic foundations and revenue and services – that are tailored to individual situations. Fragile states include Afghanistan, South Sudan, Kenya and Timor Leste.

Q. The endorsement of the new deal in Busan is viewed as a major achievement in development. What does it signify?

A. For fragile states, the realisation of the new deal symbolises a bold change in the way aid has been disbursed and affected us. For a start, Busan has clearly accepted that these countries will lead the way in their development.

The message from us is that the target of reaching the MDGs by 2015 cannot be applied to fragile states that have experienced or are already dealing with conflicts and crisis. There is clearly the need for new conditions to be applied to aid for fragile states. This is what we were agitating for and realised finally.

Q: What are the new ways that will be implemented following the new deal? A: Obviously, the breakthrough in Busan is just the beginning. Now comes the hard part of implementation and I expect a lot of fighting with our donor partners as we go ahead. For example, developing clear indicators to monitor results. The traditional practice has been that donors monitor the progress.

The new deal that endorses country ownership would pave the way for fragile governments to expect donors to support our own monitoring through experts.

What is important is that the experts would be working with us to develop the results instead of being dispatched by lending institutions to do their own monitoring. This change would enable the local partner to be able to participate and learn about monitoring results and contribute to development effectiveness.

Q: Why has development assistance failed in fragile states? A: The above example is apt to illustrate why traditional aid patterns have not worked – simply because the aid modality in the world has not strengthened community capacity on the ground. Our dialogue with G7 partners stressed the need for changing the pattern of aid focusing narrowly on the MDGs for fragile states.

For example, aid extended to improve education access for the poor – an MDG goal – could not be used effectively in fragile states because a crisis would mean children cannot attend school. As a result, funds have to be returned.

With the new deal, however, indicators that take in the problems due to crisis will be taken into consideration. Developing such new structures based on individual country systems is the key way forward.

Q: The new deal has specifically identified engaging youth and women as important actors in peace and state building. How will this be done? A: Fostering capacity building in youth in Timor Leste is hugely important. I would describe this as extending opportunities for them to learn and look ahead. They deserve to be exposed to the same opportunities as their counterparts in countries that have not experienced conflict and violence.

It must be noted that generations of youth who have experienced long conflicts including in Timor have only experienced violence. A strong symbol of this is the fact that children in Timor have not played on swings that represent such joy to other children.

To change the mindset, governments must invest in capacity building and projects that give hope and support safe family systems. We need swings, concerts for youth as much as we need hospitals and schools. This is why I say let’s build roads that, for example, may lead to nowhere but will still be effective because youth will learn the skills of road building.

Q: What has changed in Busan in aid effectiveness? A: The Paris Declaration set the road to country ownership but in Busan we see this becoming a reality. The dismal statistics in aid effectiveness have proved to the world the need to change current behaviour. The new deal offers them a new way by proving that aid for them involves money but for us it is life.

The basic principles are not different. I believe in the importance of transparency, democratic processes and accountability. For instance, the national budget in Timor is available online. Therefore, it is the attitude that we need to change. The donor countries must realise poor countries can make their own decisions and many are making the effort to do this.