Stories written by Suvendrini Kakuchi
Suvendrini Kakuchi is a Sri Lankan journalist based in Japan and covering Japan-Asia relations for more than two decades. Her focus is building understanding and respect between diverse populations in Asia based on equality and collaboration. 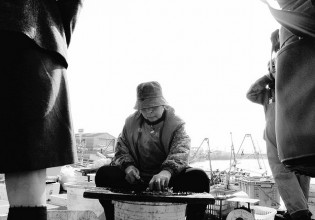 By Suvendrini Kakuchi
Desperate for more workers to support a construction boom, Japan has proposed to expand its controversial foreign trainee programme to permit more unskilled labour from Asia to work in Japanese companies for five years from the current three years.

By Suvendrini Kakuchi
Tokyo, one of the largest and most energy-guzzling cities in the world, is set to hold elections for a new governor Feb. 9. Analysts say it could prove crucial in stopping the Japanese government from restarting some nuclear reactors this year.

By Suvendrini Kakuchi
As Japan slips from its former top spot as the world’s biggest donor, experts here are worried about long-term changes in the country’s development assistance programme, which has played a crucial role in global poverty reduction efforts.

By Suvendrini Kakuchi
Okinawa, the largest of a group of 60 sub-tropical islands forming Japan’s southernmost prefecture, has an equable climate and preferential treatment for United States servicemen under the Mutual Cooperation Security Treaty between the U.S. and Japan.

By Suvendrini Kakuchi
Developing countries – ­relegated to the sidelines of the West-led postwar expansion – have emerged as the saving grace of the global economy against a backdrop of calls for a new economic model that can ease the ravages of globalisation and address the lack of confidence in market-based systems.
Next Page »
ADVERTISEMENT ADVERTISEMENT