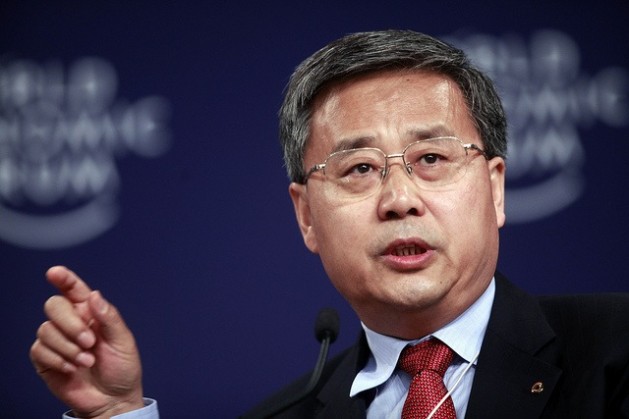 TOKYO, Oct 13 2012 (IPS) - Developing countries – ­relegated to the sidelines of the West-led postwar expansion – have emerged as the saving grace of the global economy against a backdrop of calls for a new economic model that can ease the ravages of globalisation and address the lack of confidence in market-based systems.

Indeed, supporting economic growth in developing countries in a way that expands domestic productivity and stimulates global demand has been a core message at the annual meetings of the World Bank and International Monetary Fund (IMF) underway in Tokyo this week.

Financial leaders and influential policymakers have also identified the importance of investment in infrastructure and technology transfer in order to boost sustainable growth in developing economies.

“The envisaged global superhighway has not realised enough growth in the world,” said IMF Managing Director Christine Lagarde, pointing out that economic expansion is currently being recorded mostly in developing countries.

Speaking at a discussion on globalisation here, Lagarde says the key economic challenge today is the trend of decreasing job opportunities for youth, suggesting that nations can help each other in meeting these challenges.

“I fear an intergenerational conflict if our financial model leaves increasing debt for the younger generation,” she warned.

Western economies in particular have been hit with massive unemployment among the younger generation. Unemployment rates are as high as 50 percent in countries such as Spain and Greece, both dealing with severe austerity plans imposed by global financial lending institutions.

But Asia, by contrast, has been recording expansion. China, Asia’s growth engine, has shown an average annual 10 percent GDP growth over the past decade and is now the world’s second largest economy.

But even that expansion is slowing down as Asia and Africa feel the impact of slow demand in the West, a situation that has raised new fears of further global recession.

In a statement after a meeting Thursday, the Group of Twenty Four, comprising rapidly developing and emerging economies, stressed the importance of a significant mobilisation of resources and investment, especially in infrastructure.

It also called for strengthening existing financial architecture and institutions, but said it anticipated a large funding gap given the scale of needs.

“We are seriously concerned about the fragility of the global economic and financial situation, particularly in view of low growth and continued uncertainties and risks within the Euro area, notwithstanding the recent policy actions and the buttressing of firewalls, as well as risks from possible aggressive fiscal tightening in the United States,” the G-24 said in a communiqué released here.

“Moreover, instability in financial markets, fiscal adjustments and deleveraging by banks has impacted growth, with adverse effects on the economies of many emerging market and developing countries,” it added. “World trade growth has sharply decelerated and the flow of capital (to these countries) has become more erratic.”

Klaus Schwab, founder and executive chairman of the World Economic Forum, says the time has come when no country, business, organisation or civil organisation can think individually or in isolation. “To ease fears that point to an expanded global recession, we need to think on a global partnership base. Leadership needs to be distributed collectively,” he said.

Japan, host of the IMF-WB meetings and currently struggling with growth rates of less than three percent, has been working to play a key role in the exploration of a new economic way to go forward.

While government subsidies to companies have helped to restrain unemployment – now around four percent – Japan has also been grappling with increasing inequity since its rapid post-war economic development ended in a long recession for the past three decades.

Participants agreed that globalisation is here to stay, but that the search continues for a more inclusive model where rich countries share policymaking and technology with frontier economies to create a more balanced allocation of natural resources and achieve sustainable growth.

This means an acknowledgement of the emerging scenario where secure jobs are no longer the norm. “The young must be supported and educated to create their jobs,” Schwab said.

Liberian President Ellen Johnson Sirleaf explained there is an imperative need to invest in countries such as hers, where the government struggles to provide funds to empower vulnerable sectors.

“We need a new economic model that emphasizes…sustainable growth in developing countries that is based on scaling up our infrastructure that can shift the emphasis where natural resources can be secure,” stressed Sirleaf.