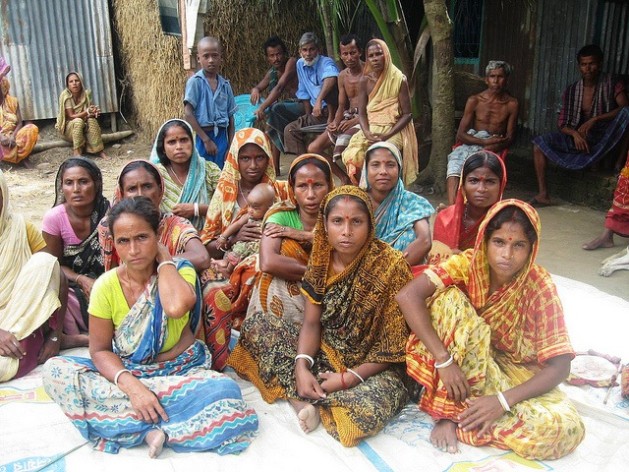 TOKYO, May 1 2013 (IPS) - As Japan slips from its former top spot as the world’s biggest donor, experts here are worried about long-term changes in the country’s development assistance programme, which has played a crucial role in global poverty reduction efforts.

Japan’s spending on official aid fell 3.1 percent from the previous year to 10.49 billion dollars in 2012, revealed the latest data published last month by the Organisation for Economic Cooperation and Development (OECD), which placed the country in fifth place on its list of major donors, behind the United States, UK, Germany and France.

The same survey, testing the United Nations recommendation that donors allocate 0.7 percent of their gross national income (GNI) for international assistance, indicated Japan is at 18th place in the GNI scale, with an allocation of just 0.25 percent on official development assistance (ODA).

Overall, Japanese ODA has dropped 47 percent compared to its peak in 1997, according to the government. The OECD attributes the decline to a “fall in bilateral grants and reduced contributions to international organisations”.

Analysts predict the gloomy trend is here to stay, leading to a strategic shift in how aid is allocated.

“Domestic economic constraints and security threats in East Asia have made national goals the priority in Japan’s ODA budget,” Professor Massaki Ohashi, a veteran ODA analyst, explained to IPS. “This change, from the traditional focus on poverty reduction in recipient countries, is a serious concern for us.”

For instance, signature Japanese telecommunication brands such as Sony and Matsushita (also known as Panasonic) are no longer the household names they once were in Asia or Africa, given the encroachment of cheaper Chinese or South Korean products that are popular with the expanding middle classes on the continent.

In an interview with IPS, Hirokazu Hiratsuka, an economist at the Mizuho Research Institute explained that Japan’s inward-looking ODA policy will be strengthened under the conservative administration of Japanese Prime Minister Shinzo Abe who has made economic revival — under the term “Abenomics” — the leading national goal to counter the rising economic clout of China and South Korea.

Yen loans that support major infrastructure projects comprise more than 50 percent of ODA, but have been decreasing by an average of 16 percent annually. Grants for poverty reduction efforts, which formerly made up 40 percent of Japan’s official assistance budget, are also declining.

The focus now will be on securing Japan’s domestic economic interests. Hiratsuka stressed that Japanese aid will also be directed at developing legal frameworks for free trade agreements (FTAs) in Asia and global business regulations that will allow Japanese companies to exercise greater influence in the region.

A case in point is the Japan-led special economic zone (SEZ) adjacent to the Thilawa port in Myanmar (Burma), scheduled to start this year, which will open the doors for Japanese companies to launch businesses in the resource-rich country. With 70 percent of the zone reserved for manufacturing plants, Japanese conglomerates like Mitsubishi, Sumitomo Corp and Marubeni will be the main participants in the project.

Japanese ODA will be used to boost Yangon’s electricity generation capacity that will supply the SEZ, located 23 kilometers south of the capital.

Currently, Japanese businesses occupy just 0.64 percent of total foreign investment in Myanmar, lagging behind China’s 34 percent and South Korea’s seven percent, according to the Myanmar Federation of Chambers of Commerce and Industry.

Japan has also promised to increase economic assistance to Sri Lanka, in an effort to boost bilateral trade and investment.

A recent government statement highlighted the importance of maritime cooperation between the two countries to protect “stability” in the Indian Ocean, a jab at China’s support for infrastructure development on the island of Sri Lanka, including the construction of a new port in the southern coastal city of Hambantota.

Fighting back the changes in ODA policy, JANIC is lobbying hard for the protection of the Millennium Development Goals (MDGs) in Japanese aid policy, against pending cuts slated for the next fiscal year that started in April.

With poverty in Asia increasing along with economic growth, JANIC is struggling to keep poverty-reduction targets on a list of priorities for ODA, but these pleas may be falling on deaf ears.

The steady decline in development assistance has turned the spotlight on the future of Japan’s most important foreign policy, formulated back in 1945. Compensation payments to former colonies after its defeat in World War II and generous technical assistance to developing countries earned Japan, the richest country in Asia, respect and admiration in recipient nations, helping to bolster its image as a crucial pillar in the post-war global economy.

Now, “the country needs to figure out ways to make contributions that no other country can offer”, according to an editorial in the Nikkei, Japan’s leading economic daily.

Many experts favour the idea of leveraging Japan’s leading edge in science and technology — such as stem cell research, transport and environmental protection – to combat lower aid disbursements.

Professor Takeshi Inogchi, an international relations specialist, told IPS the dip in ODA poses a serious challenge to Japanese influence in developing countries and particularly in Asia where new aid powerhouses like China and South Korea are gaining steam.

“Japan, a resource-poor country, must react quickly to these new challenges. Not being a military player, we need to ensure friends in Asia that can defuse the territorial tensions with China in particular,” he told IPS, referring to clashes between the Japanese and Chinese navies over the Senkaku Islands (known as Diayou in China), an uninhabited archipelago claimed by both sides.