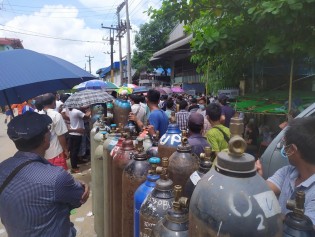 By Stella Paul
In 2015, Worldview International Foundation began a mangrove restoration project, planting saplings of the trees on about 121 hectares of land in Myanmar’s Ayyerwady region.

By Sohara Mehroze Shachi
Under pouring rain, hundreds of young and expectant mothers stand in line. With her bare feet and the bottom of her dress covered in mud, Rashida is one of them, clutching her emaciated infant. She lost her husband on the treacherous trek from Myanmar to Bangladesh, and with nowhere to go and her resources exhausted, rain-drenched and standing in this long, muddy line for food and medicine for her child is her only hope.
Next Page »
ADVERTISEMENT ADVERTISEMENT