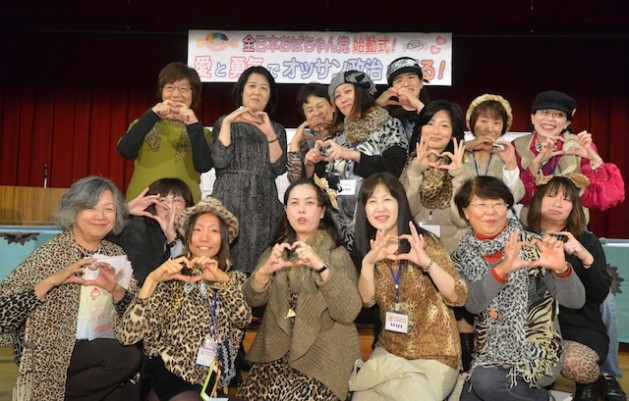 Youth and feminist organisations who had campaigned vigorously for better environmental protections, labour equality and the upholding of regional peace ahead of the elections, expressed frustration about Sunday’s outcome, lamenting that the victorious LDP is yet to present concrete policies to tackle Japan’s most pressing problems.

Three years ago the Japanese electorate ousted the LDP in favour of the Democratic Party of Japan (DPJ). This year the pendulum has swung back in the opposite direction. “It’s time to give the LDP a chance at tackling national problems. The ruling DPJ was a disaster,” Keitaro Noguchi (34), a company employee, told IPS, summing up the overall post-election mood in the country.

LDP leader Shinzo Abe, whose brief term as Prime Minister ended abruptly in 2007, is now set to take back the reins.

A hawkish politician, he has raised his profile by promising to usher in a militarily stronger Japan – against the backdrop of a simmering territorial dispute with China regarding a cluster of islands in the East China Sea – and rekindle the economy by boosting expensive public works programmes to create new jobs.

The LDP is also faced with the monumental task of addressing the country’s consistently low growth rates – less than two percent for the past two decades, according to the Cabinet’s Office – while simultaneously attempting to reduce a soaring public debt and meet the social security demands of unemployed youth and a rapidly aging population.

But while these high-profile issues will almost certainly receive their fair share of political attention, activists are concerned about two areas they fear will slip beneath the radar of the incoming administration: the country’s nuclear policy in the aftermath of the disastrous accident at the Fukushima Daiichi nuclear reactor following the earthquake and tsunami last March; and job stability for youth and women, both grappling with badly paid or part-time work.

“The Liberal Democratic Party (LDP) will definitely turn its back on the policies of the outgoing centre-left government, which set a target of eradicating Japan’s nuclear dependency by 2030,” said Koichi Nakano, a well-known political analyst at Sophia University in Tokyo.

Speaking to foreign reporters, Nakano explained that power companies, which have pushed nuclear energy onto the national development agenda, have thrown their support behind the LDP.

“Japan’s green movement, which promotes clean energy as a replacement for nuclear power, has not been successful. A more hawkish regime that commands a strong majority in the Japanese Diet (the upper and lower houses of parliament) will stigmatise anti-nuke protestors as dangerous radicals. I see more arrests of activists,” he said, referring to the Sept. 16 arrests of 16 activists at a large anti-nuke rally here.

The election result has also been a bitter disappointment for women’s groups who have been lobbying for better treatment of female workers currently comprising 80 percent of the country’s part-time or contract labour force; stable childcare; and welfare for the elderly, who are overwhelmingly women.

Professor Chizu Arashima of Kobe Gakuin University based in west Japan, views the LDP election victory as a step back for women’s rights and employment.

“As a working mother of three sons I am bracing for the return of old-fashioned LDP family values that promote divisive gender roles that push women to stay at home, have babies and rely on men,” she said.

Arashima is a member of the three-month-old All Japan Obachan Party – a women’s organisation based in Osaka, Japan’s second largest city – which is now gaining public recognition for helping raise women’s voices on national policies and close the gender gap in the political realm.

‘Obachan’ is a gender-biased term in Japanese that pushes the image of active middle-aged women who are ready to challenge men. Kyoko Tada, a legal expert and a founding member of the organisation, told IPS, “The title (was chosen) deliberately to call attention to a sector that is determined to break through old-fashioned male-dominated politics.”

She said the group has gathered more than 1,000 members nationwide already, and is gaining support for its alternative views, such as its anti-war stance, support for fostering community strength, an anti-nuclear policy and advocating for the use of tax money for social security services rather than public works programmes.

The organisation faces many hurdles in overcoming gender disparities in the political sphere. Only 38 female candidates, from a total of 225, won seats in the parliament during this election, a major dip from the 54 women who won seats at the last poll in 2009.

Already, Japan has been ranked as low as 110th on the World Economic Forum’s latest gender gap survey, which rates countries based on gender equality in political representation.

Arashima explained that the outcome of this election proves that women have been lured by the hope that the LDP will improve the economic situation and ensure income stability.

“The lack of public discussions that should have highlighted alternative choices for women is a key lesson for activist groups this time. We are determined to address these issues,” she explained.