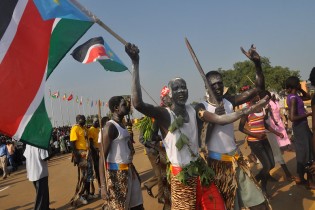 By a Global Information Network correspondent
Dismissing efforts, including those of U.S. President Barack Obama, to sign off on a peace agreement and end the 20-month-long civil war in the world’s newest nation, South Sudanese President Salva Kiir declined to sign, saying he needed more time for consultations.

By Miriam Gathigah
So extreme are gender inequalities in South Sudan that a young girl is three times more likely to die in pregnancy or childbirth than to reach the eighth grade – the last grade before high school – according to Plan International, one of the oldest and largest children’s development organisations in the world.
Next Page »
ADVERTISEMENT ADVERTISEMENT