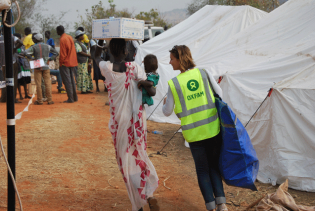 By Lindah Mogeni
“Peace is not a one-day affair or event, it requires our collective effort,” said South Sudan’s Vice President, General Taban Deng Gai, while addressing the General Assembly at the UN.

By Lindah Mogeni
Government action, rather than religious ideology, is a stronger predictor for radicalization in Africa, according to a two-year landmark study by the United Nations Development Programme (UNDP).

By Lindah Mogeni
A recent cholera outbreak in North-Eastern Nigeria has resulted in at least 186 suspected cases and 14 deaths as of Sep. 1, according to Borno State’s Ministry of Health.

By Lindah Mogeni
Yazidi Nadia Murad - who survived being kidnapped and forced into sexual slavery by ISIL - was honoured by the UN on Friday September 16 for her work to help human trafficking survivors.
ADVERTISEMENT ADVERTISEMENT