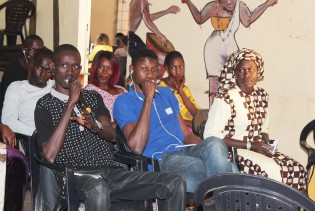 By Julitta Onabanjo, Benoit Kalasa, and Mohamed Abdel-Ahad
Different issues will be competing for the attention of different African leaders attending the 69th United Nations General Assembly Special Session on International Conference on Population and Development (ICPD) Beyond 2014 in New York on Sep 22.
Next Page »
ADVERTISEMENT ADVERTISEMENT