JOHANNESBURG, Jun 12 2015 (IPS) - Africa is known as the ‘paradox of plenty’. How can a continent so rich in natural resources be so poor?

Economic growth is predicted to increase by 4.5 percent across the continent this year, despite falling oil prices and the Ebola crisis. South Africa’s economy, the second biggest in Africa is expected to continue to grow by 3.5 percent this year; Nigeria will grow by an enviable 5.5 percent. 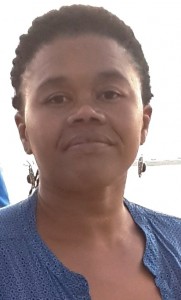 However, millions across Africa are struggling.  Economic inequality is on the rise, and public coffers are insufficient due to an increasing demand for public services like health, education and housing.

Recently, Thomas Pogge and other distinguished academics have written about the cost of progress. Surprisingly, history provides us with examples of countries where, if there is a balance between economic growth and public spending, it is possible to address inequality.

There is no time to waste in looking for ways to address this widening gap across Africa.

It is urgent that, collectively, African nations look at the billions of dollars flowing out of the continent every year, most of which can be attributed to corporate tax dodging.

In January, the report of the High Level Panel on Illicit Financial Flows (IFFs) from Africa, chaired by former South African President Thabo Mbeki, contended that IFFs from Africa increased from about 20 billion dollars in 2001 to 60 billion in 2010 in the merchandise sector alone.

According to Global Financial Integrity’s 2014 report on IFFs from developing countries, South Africa alone may have lost more than 122 billion dollars between 2003 and 2012 in IFFs.

This is a lost opportunity for money that could have been reinvested in advancing Africa’s development and increased access to public goods for her Africa’s people.

“It is urgent that, collectively, African nations look at the billions of dollars flowing out of the continent every year, most of which can be attributed to corporate tax dodging”

But this is only the half of the story. Multinational companies are gaining at the expense of African people through other ‘legal’ forms of corporate tax dodging, and through negotiated tax breaks. This is happening because of a lack of fair global tax rules, and behind-closed-door deals between corporations and governments, rushing to seal deals under pressure.

Africa’s astounding growth is affecting human development. And these losses in tax revenue come at a time when the role of official development assistance to Africa is declining.

Fair and progressive tax systems should be providing financing for well-functioning government programmes to enable governments to uphold citizens’ rights to basic services (such as healthcare and education), and cement trust between citizens and governments.

Establishing an effective tax system is critical if Africa is going to mobilise the resources it needs to tackle poverty and inequality.  Africa is home to six out of ten of the world’s most unequal countries – South Africa, Lesotho, Namibia, Botswana, Zambia, and Central Africa Republic.  Some estimates on Africa’s financing needs include 40-$60 billion dollars per year to finance the post-2015 development agenda.

This is not just Africa’s problem. Around the world, many lower-income countries have been subject to harmful tax practices, including transfer pricing, whereby a transfer price may be manipulated to shift profits from one jurisdiction to another, usually from a higher-tax to a lower-tax jurisdiction.

After revelations of how multinational enterprises (MNEs) such as Starbucks, Google and Apple deliberately structured themselves to minimise their tax bills, the Organisation for Economic Cooperation and Development (OECD) launched an effort to reform this base erosion and profit shifting (BEPS) practice. This reform is expected to wind up by the end of 2015.

However, since the launch of the BEPS Action Plan, developed countries have not had a real voice or influence in the process.  Just four African countries, including South Africa as a G20 member country, have been invited to participate as observers.  These countries are bringing attention to the many mining corporations which are offered lucrative tax incentives which must be addressed in the BEPS plan.

The African Tax Administration Forum (ATAF) is a regional tax body that has been invited by the OECD/G20 to participate in the BEPS reform process.  This should provide further scope to influence the BEPS process with an African perspective.

At the same time, the South Africa Revenue Services (SARS) is going after billions lost through wasteful incentives and trade mispricing. SARS has recovered 5.8 billion rand (460 million dollars) over the three-year period 2011-2014, 55 percent (3.4 billion rand or 274 million dollars) of which is attributed to the mining industry.

South Africa’s membership in the G20 (and its role as co-Chair of the G20 Development Working Group) provides an enormous opportunity to insist on broad inclusion of all nations in the BEPS reform process.

At a recent conference convened by ATAF, South African Finance Minister Nhlanhla Nene called for “Africa to protect its own tax base, and advance domestic resource mobilisation through a common voice, a common concern and a common action plan.”

It is time that all African finance ministers wake up to the possibility that tax revenues for financing essential services for their citizens, or investment in small-holder agriculture or infrastructure, could come from the recovery of billions of dollars lost from corporate tax dodging and unfair tax competition.

Tax breaks provided to six large foreign mining companies in Sierra Leone, for example, are equivalent to 59 percent of the total budget of the country – or eight times the country’s health budget.

It is time for a global inter-governmental body on international tax cooperation to allow for a more inclusive and coordinated approach to ongoing tax reform, beyond BEPS.

All countries should be able to participate in tax negotiations on an equal footing, which guarantees one country, one vote, and where representatives will have the political mandate to speak on behalf of their governments.  Simply relying on the BEPS process to re-write tax rules will not be enough to end international tax dodging.

Through the BEPS reform process and this new tax body, there would be real potential for an African taxation renaissance.