* Shyam Saran, a former Indian foreign secretary and the current chairman of the National Security Advisory Board, writes in this column that the Syrian crisis overshadowed economic coordination issues at the recent G-20 summit. Saran, current chairman of the Research and Information Systems for Developing Countries and a senior fellow at the Centre for Policy Research in New Delhi, also discusses the deliberations by BRICS leaders on the sidelines of the meeting.

NEW DELHI, Sep 17 2013 - The eighth G20 Summit convened in St. Petersburg on Sept. 5-6, 2013 was dominated by the Syrian crisis, deflecting attention from the mandate of the gathering to serve as the premier forum for international economic coordination.

When leaders of the most influential countries meet it is inevitable that the pressing political issues of the day take centre stage. 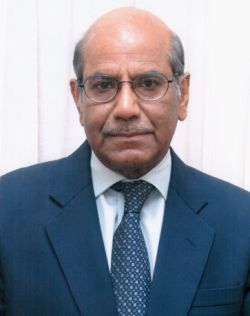 The G7 too began as a forum for economic consultation and coordination among the world’s advanced market economies in 1975, to cope with the fallout of the 1973 oil crisis.

Just three years later, in 1978, the G7 issued its first Political Declaration and became, thereafter, the political, security and economic steering committee of the most powerful nations.

The G20 has taken its first steps in the same direction and it is likely that its role as a political and security forum will evolve steadily though informally at first. This trend will be reinforced if the United Nations Security Council remains a relic of a bygone international order.

That the G20 provided a platform on which the U.S. and Russia initiated steps leading to an eventual understanding on Syria’s chemical weapons is an indication of the potential political utility of the forum. These steps were taken against a strong prevailing sentiment at the summit against a military strike against Syria, favoured by the U.S. and some, but not all, of its allies.

The emerging economies were able to reflect some of their key concerns in the Summit declaration. The unconventional monetary policies pursued by reserve currency countries such as the U.S. and lately Japan, involving significant injections of liquidity into the system and keeping interest rates at zero or near zero, have confronted emerging economies like Brazil and India with volatile capital flows and exchange rate instability.

The declaration acknowledged for the first time that monetary policies pursued by advanced economies should be “calibrated and clearly communicated”. This falls short of a coordinated approach of the G20 but will help calm markets by promising greater predictability.

Developing countries would also take satisfaction over the G20 consensus, reflected in the declaration that the profits of transnational corporations should be taxed in the country where they are generated. African countries, in particular, have been victims of the tax avoidance practices of such companies.

An Indian proposal to create an infrastructure financing facility at the World Bank to extend funding for infrastructure projects in developing countries will be the subject of a study. However, in a situation of financial stringency in most developed economies, it is doubtful whether any significant financing window for this purpose will see the light of day soon.

The leaders of BRICS (Brazil, Russia, India, China and South Africa) met on the sidelines of the G8 summit. Their deliberations focused on two landmark initiatives which were announced at their fifth regular summit in Durban on Mar. 27.

On the New Development Bank (NDB) it has been agreed that its initial capital will be 50 billion dollars, a somewhat modest amount given the expectations aroused when the proposal was first made. India had wanted a figure closer to 100 billion dollars.

It is still not clear how the equity will be distributed among the five partners. China has been willing to contribute a larger share but it is reported that Russia wanted each to have an equal share. South Africa is unable to contribute a significant amount given the smaller size of its economy.

On the Contingency Reserve Arrangement (CRA), the leaders announced a figure of 100 billion dollars, with China contributing 41 billion, Brazil, India and Russia 18 billion each, and South Africa five billion.

The CRA will serve as a multi-country currency swap mechanism which will help the BRICS deal with balance of payments problems. It is similar to the Chiang Mai initiative among ASEAN, China, Japan and South Korea, but which is currently 240 billion dollars and partially linked to a parallel though partial International Monetary Fund aid programme.

It may be noted that none of the BRICS members forms part of the U.S.-sponsored Trans Pacific Partnership (TPP) or the Trans-Atlantic Trade and Investment Partnership (TTIP) – regional trade arrangements which will fragment the global trading system and marginalise the emerging economies. It is surprising, therefore, that this challenge did not figure in the deliberations of the BRICS nor at the G-20 either.

China’s pre-eminence in the BRICS is a trend likely to be reinforced with the current economic slowdown and economic difficulties being faced by most emerging economies, in particular Brazil, India and South Africa.

Russia is a special case, not an emerging economy in the same category as the other BRICS members. It has escaped economic distress thanks to rising energy prices in the wake of spreading turmoil in the Middle East.

China’s economy is likely to decelerate in the coming months. Its growing debt, now over 200 percent of GDP, is causing concern. If the Chinese economy undergoes a major crisis as some analysts predict, its role as the prime mover in BRICS would certainly diminish.

For the present, however, China, with its seven percent growth and its three trillion dollars of foreign exchange reserves, is likely to be acknowledged as the most emerged of the emerging countries.