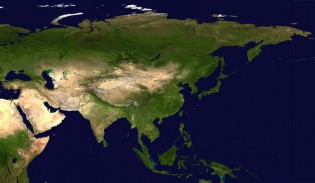 By Carey L. Biron
Civil society opposition here has strengthened against a U.S.-proposed free trade zone that would include some dozen countries around the Pacific Rim.

By Carey L. Biron
The 14th round of negotiations for the Trans-Pacific Partnership (TPP), the proposal for a massive free-trade area spearheaded by the United States, got underway here over the weekend.

By Amanda Wilson
As the nineteenth International AIDS Conference continued in Washington Tuesday, thousands of protesters marched on the White House with a set of demands to end the epidemic.

U.S. Push to Limit Copyright Law May Be Undercut by TPP Secrecy

By Carey L. Biron
In a surprise move this week, the United States says it is pushing for limitations to international copyright norms currently under negotiation surrounding the Trans-Pacific Partnership (TPP), the massive free trade agreement that could go into effect by the end of the year.
ADVERTISEMENT ADVERTISEMENT