Tamira Gunzburg is Brussels Director of The ONE Campaign.

BRUSSELS, Jun 18 2015 (IPS) - My colleagues just got back from Munich, where we held a summit bringing together over 250 young volunteers from across Europe. These youngsters campaigned in the run-up to and at the doorstep of the G7 Summit in Schloss Elmau, as one of the key moments in a year brimming with opportunities to tackle extreme poverty.

It’s inspiring to work with these young activists – their enthusiasm and creativity are humbling. But the other thing about young people is that they don’t let anyone pull the wool over their eyes. Euphemisms don’t stick; skirting the point doesn’t get you very far. They keep us on our toes and that is not a bad thing at all. 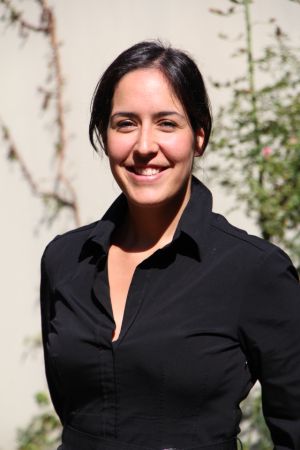 But some phenomena I am simply at a loss to explain. One such paradox is the fact that only a third of aid goes to the very poorest countries, and that aid to those countries has been declining. Yet in the so-called ‘Least Developed Countries’, 43 percent of the population still lives in extreme poverty, compared to 13 percent in other countries.

This begs so many questions it is dizzying. How are we going to eradicate extreme poverty if we don’t prioritise the countries that need aid the most? What is aid for if not helping the poorest?

Why are we cutting aid to the poorest countries when it is the middle income countries that are becoming more able to mobilise their own sources of financing for development? And why aren’t leaders doing anything to reverse this perverse trend?

But even if they achieved both targets by say, 2025, that would still mean a share of only 28.6 percent of total aid going to the poorest countries. In other words: business as usual. This is where any young person would detect the glaring no-brainer, and unapologetically probe “… but isn’t that too little, too late?”

Ending extreme poverty by 2030 and leaving no one behind will become harder as we near the zero zone.

Whereas the Millennium Development Goals – global anti-poverty goals agreed in the year 2000 – allowed us to pick the ‘low-hanging fruit’ in terms of bringing down average levels of extreme poverty and child mortality, this year’s new set of ‘Global Goals’ is all about finishing the job.

Ending extreme poverty by 2030 and leaving no one behind will become harder as we near the zero zone. We need to frontload our efforts and put the poorest and most vulnerable at the centre of our approach from the get-go.

That is why donors must commit to spending at least half of their aid on the poorest countries, and to doing this by 2020, so that those countries have time to tackle the Global Goals in time for the 2030 deadline.

This is but one of the debates that are heating up in the final weeks before the Summit in Addis Ababa in July, where world leaders will come together to decide on how to finance development. Negotiations touch upon topics that go well beyond aid, and rightly so, in an attempt to unlock new sources of financing such as domestic resource mobilisation and private sector investment.

Sadly though, many of the discussions are still being held hostage by the impasse on aid commitments. Indeed, donor countries’ laborious reaffirmation of decade-old broken promises does not inspire confidence that they are committed to doing things differently this time.

What, then, can change the game at this point? For one, let’s kick things up a level and bring in the big bosses. We fully expect heads of state to be in attendance in Addis – but even before then, the leaders of all 28 EU Member States are getting together for their own summit at the end of June.

Here they have the authority to agree on a more ambitious commitment than the development ministers managed to broker last month. Announcing an EU-wide intent to direct at least half of collective aid to the least developed countries would send a strong political message that could spark a much-needed race to the top in the final sprint towards Addis.

Another sure way to guarantee the success of this Summit is to inject more political will into the discussions that go beyond aid. For example, several countries are coming together to harness the “Data Revolution” to ensure that we collect the statistics needed to track progress and achieve the new Global Goals.

Right now, the world’s governments do not have more than 70 percent of the data they need to measure progress. Clearly, we need to aim for more with the new Global Goals.

Further, it will be crucial to agree on minimum per capita spending levels on essential services to deliver, by 2020, a basic package for all. In order to fund these efforts, governments should increase domestic revenues towards ambitious revenue-to-GDP targets and halve the gap to those targets by 2020 by implementing fair tax policies, curbing corruption and stemming illicit flows.

The list is long and time is running out, but as our youth activists would unwaveringly note, there is still ample opportunity for leaders in both North and South to rise to the occasion and throw their weight behind ending extreme poverty. Pesky questions aside, leaders really should take note of these young voices, because it is quite literally their future world that leaders are shaping this year.