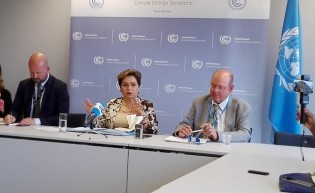 By Thalif Deen
The 48 least developed countries (LDCs), described as the poorest of the world's poor, want to be an integral part of the U.N.'s post-2015 development agenda currently under discussion.

By Amantha Perera
The Monetary Board of Sri Lanka’s Central Bank, tasked with keeping the island’s economy on an even keel, does not only keep tabs on exchange rates, gold prices and inflation – it also has an eye on a less obvious indicator of economic stability: water levels in the country’s main reservoirs.
Next Page »
ADVERTISEMENT ADVERTISEMENT