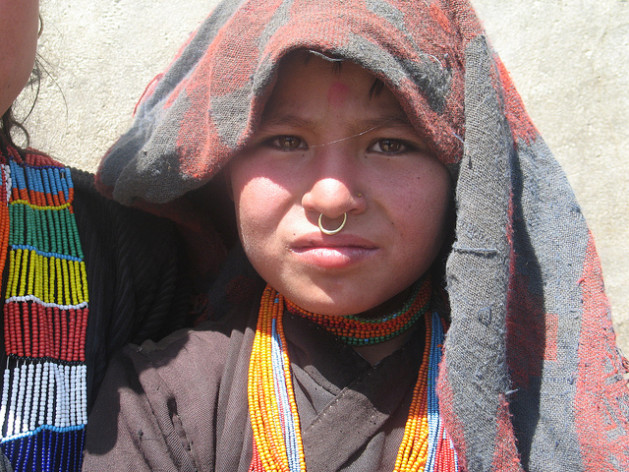 Many children in Nepal, part of the LDCs since 1971, continue to die from curable diseases. Credit: Naresh Newar/IPS

UNITED NATIONS, Nov 25 2013 (IPS) - The world’s poorest countries are rethinking economic policies that – even during periods of breakneck growth – have failed to provide quality employment capable of matching a demographic boom.

The disparity between growth and jobs is no starker than in the 49 Least Developed Countries (LDCs), which, according to a recent U.N. Conference on Trade and Development (UNCTAD) report, will need to create 16 million positions every year if they are to keep up with new entrants into their rapidly expanding workforces.

Commodity prices, which the IMF expects to steadily drop in coming years, have dictated hiring – and firing.

For decades, despite criticism from the U.N. and elsewhere, LDC governments were urged by multilateral lenders to cut public spending, curb inflation and end trade tariffs that protected domestic industries.

But today’s ubiquitous “jobless growth” has countries looking in the opposite direction.

“These countries have gone through radical policy reforms,” said Mussie Delelegn, officer-in-charge at UNCTAD’s New York Office. “In the 1980s many of them implemented structural adjustment programmes. The assumption that growth would automatically translate into employment and poverty reduction has not been seen.”

Though the percentage of people living in extreme poverty (less than 1.25 dollars per day) has declined in LDCs, their numbers have increased due to population growth.

While the economies of LDCs expanded yearly by over 7.5 percent in the decade before the 2008 financial crisis, employment growth per annum stood at just 2.9 percent between 2000-2012, barely ahead of the population growth rate of 2.3 percent.

Unemployment numbers, which have remained steady at roughly 5.5 percent, can’t be used in the ways they are in developed countries. The vast majority of employment is tenuous and offers little in the way of security – in 2010 over 80 percent of jobs in LDCs were considered “vulnerable.”

In 2011, the Istanbul Programme of Action concluded that to eradicate poverty and achieve inclusive growth, LDCs would have to grow by at least seven percent annually between 2011-2020. But the U.N. estimates most LDCs will miss that target by one to two percent in the next several years.

Monetary policy “should be less fixated on attaining an inflation rate in the low single digits than on targeting full employment of productive resources,” wrote Dr. Muhkisa Kituyi, secretary-general of UNCTAD, in an introduction to the report.

Countries are considered Least Developed when per capita income is less than 992 dollars and they are found to suffer from human resource weakness and economic vulnerability.

“Given the relatively weak private sector in many LDCs, it is more likely and realistic that in the short to medium term, the investment push required to kick-start the growth process will originate in the public sector.”

To pay for increased outlays, governments should raise taxes on high-income companies and individuals, introduce value added taxes (VAT) on luxury consumption and “refrain from tariff cuts until alternative sources of revenue are put in place.”

Under these guidelines, the game of attracting investment would no longer be a race to the bottom.

The Big and Small

Employment in LDCs tends to be concentrated at two extremes: either in informal small and micro enterprises or in huge capital-intensive export industries.

At one end are businesses consisting of no more than a family or even one young person. At the other, commodity prices, which the International Monetary Fund expects to steadily drop in coming years, have dictated hiring – and firing.

Missing are the medium-sized enterprises that provide stable jobs in much of the developed world.

Experts agree that building that sector will rely in large part on domesticating value-added industries for primary exports – processing iron instead of simply shipping off ore, for example.

A 2011 law in India – a developing country but not an LDC – aimed to accomplish this by setting a 30-percent export tax on iron ore. By incentivising domestic refining, the price of steel in the country fell, benefiting other local industries.

In Chile, despite its reputation as a free-market paradise, the government has maintained a strong hand in copper production, ensuring jobs in processing and preserving sovereign ownership.

But in LDCs, value added in the manufacturing sector remained flat at 10 percent between 2001 and 2011.

“Countries were unaware of the value of their exports and value added,” Delelegn told IPS. “Information asymmetries indicate the playing field is not equal – the companies have the information.”

But as LDCs gain knowledge and confidence at the bargaining table they are pushing for better terms.

Botswana is one of only three countries to have graduated – in 1994 – from LDC status. Early on, it decided to pass laws that created floors for local employment and domestic enterprise in the diamond industry.

“Botswana increased the employment intensity of the diamond sector, which assisted them to capture more of the value gained locally – they were cutting, polishing, processing,” said Yao Graham, coordinator of the Third World Network, which helps facilitate Africa Mining Vision, a Pan-African mining framework that several countries have already adopted.

“For the past 20-30 years, African governments have… prioritised getting a share of the revenue of mining, through the exclusion of everything else,” Graham told IPS. “The World Bank famously summarised it in its Strategy for African Mining for 1992 when it said that African governments should not be interested in employment or control of the minerals.”

“I think the mining boom of the past decade underlined very clearly, actually, that this was a very flawed strategy.”

Disappointing local employment has given other African countries the green light to renegotiate revenue-sharing with companies and implement tax schemes that retain jobs and capital.

And in Namibia, the government has set up a national mining company, hoping to replicate Chile’s CODELCO and not the bloated state-run enterprises of post-independence Africa.

The problem is more complicated in textile-exporting countries like Bangladesh, where policy recommendations centre on more nebulous “technical advancement.”

If Chile is a model for mineral exporters, garment producers look to Taiwan, South Korea and Singapore, all of which began by manufacturing textiles before graduating to more complicated consumer goods and electronics.

But countries worry they may have already missed the boat and it remains to be seen if low wages in LDCs can make up for a lack of expertise.

Ensuring sustainable, value-additive employment would help LDCs become less reliant on foreign aid, which can fluctuate with the global economy.

Studies have shown Official Direct Assistant (ODA) is “five times more volatile than GDP and three times as volatile as exports” and tends to potentiate upturns and recessions.

“Any instability will disrupt aid flows and flows of remittances from migrant workers,” said Delegn.

Countries are beginning to understand that the one-size-fits-all recommendations of the past simply don’t hold water anymore.

“During the Asian financial crisis, the only country that mitigated the negative impact of the crisis was Malaysia, which had put in place policies and strategies that effectively controlled free flow of capital,” said Delegn.

The mea culpas are slow in coming.

In 2011, the IMF quietly admitted in a paper that capital controls had their place.

But for LDCs, a more powerful realisation may be that they don’t need an IMF admission at all.