UNITED NATIONS, Aug 21 2015 (IPS) - Next month, the South-South Awards will be taking place for the fifth time, honouring the achievements and contributions of heads of state and government, as well as representatives from the private sector and civil society in promoting sustainable development in the Global South. 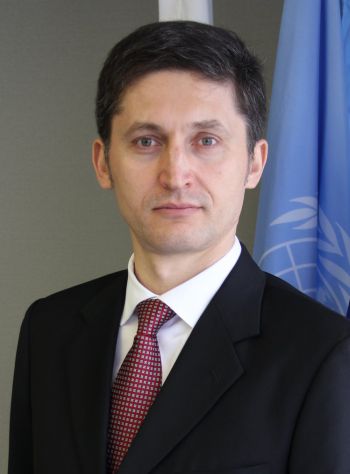 2015 is a special year in many respects, with the U.N. celebrating its 70th anniversary and U.N. member states concluding their work on the Millennium Development Goals (MDGs) and preparing for the adoption of the Sustainable Development Goals (SDGs). The South-South Awards, on Sep. 26, are going to be held in support of these major events that will shape the new development agenda for the next 15 years.

Launched in 2010 during the 16th session of the United Nations High-level Committee on South-South Cooperation against the backdrop of chronic under-coverage of the Global South, IOSSC has started with the news programme “South-South News” and since moved into project development to expand its practice areas into the fields of business development and social development.

In an interview with IPS, SS-SCSD Secretary-General and IOSSC Director-General H.E. Alexander Cujba, former Permanent Representative of Moldova to the United Nations and former Vice-President of the U.N. General Assembly, shared some insights on the 2015 South-South Awards.

"We tried to highlight both major achievements and also some particular, not necessarily big achievements... but that are considerable for those small and least developed countries that are struggling with their development."

Q: This year, the MDGs will be replaced by the SDGs. This process has been reflected in the theme for the 2015 South-South Awards, which is “From MDGs to SDGs: Supporting poverty reduction, education, and humanitarian efforts.”

Will the 2015 South-South Awards be different from previous ones due to the important events happening this year such as the adoption of the SDGs, first of all, but also for instance the 70th anniversary of the U.N.?

A: This is the fifth year that we organise the South-South Awards and I would say that this year will be both a continuation of our previous ceremonies as well as a different event because, as you rightly mention, we conclude the MDGs and we are moving to a new agenda, the post-2015 development agenda.

Of course, results differ and not only results of the different countries and regions, but also results in different MDGs. I think that undoubtedly, MDG no. 1, combating poverty and hunger, was a major MDG. So therefore, this year, we partner with the Food and Agricultural Organisation (FAO) and our traditional supporter, the International Telecommunication Union (ITU), in order to emphasise the achievements of U.N. member states and developing countries specifically with regard to MDG no. 1.

Apart from that, we also use this opportunity – because it is the 70th anniversary of the U.N. – to highlight the role that the U.N. had over the last 70 years not only in the area of preserving peace and security but also in promoting development. At a time when many scholars, politicians, experts discuss the creation and the need for the United Nations in 1945, we see that now the U.N. has to bring a new impulse to the development of member states, not only preserving security and peace, but also supporting the sustainable development of its member states.

A: Working with different missions here at the U.N., we learn that small countries, particularly least developed countries, have their own positive results and achievements that frequently are not known except by the diplomatic world, except by the U.N.

Therefore, in previous years, we wanted to highlight specifically these small but extremely important results for those developing countries. That’s why every year we were working with our co-organisers in order to identify the best practices and achievements of those developing states in different specific areas.

This year, however, we want to emphasise the overall implementation of the MDGs. It is a good opportunity for us to highlight the congregation of efforts in order to achieve those noble goals that were adopted in 2000.

Q: How are the winners of the South-South Awards selected and which criteria have been most relevant this year in choosing the winners?

A: We have learned from other awards that were presented by different U.N. agencies. They have some specific criteria that are linked to the work, mission and goals of the U.N. agencies and structures that co-organise the respective events.

In our case we want to emphasise the results of the implementation of the MDGs but also the positive examples of South-South and Triangular Cooperation. As countries from different continents differ by size, resources and achievements, it is hard to compare the results achieved by these different countries.

On the other hand, we put emphasis on both the difference and unity of these countries. As I said, sometimes we don’t know what was achieved in for example Lesotho or Costa Rica or Tajikistan, Sri Lanka and many other countries around the world. So therefore we use the database and the statistics of major U.N. organisations.

This year we used in particular the MDG report that was prepared by the U.N. Secretariat and especially the Department for Economic and Social Affairs (UN DESA). We used the Food Insecurity Report of the Food and Agricultural Organisation (FAO) and other related agencies and of course we referred to the report of the Secretary-General on the work of the Organisation.

We tried to highlight both major achievements and also some particular, not necessarily big achievements by number of population raised from hunger or by number of children going to school, but that are considerable for those small and least developed countries that are struggling with their development.

Q: Which guests do you expect this year?

Amongst our participants are also high-level officials from the U.N. and from inter-governmental organisations that are part of the U.N. system. We also have CEOs of major corporations that are collaborating and working in the developing world. We have celebrities and civil society leaders. Our mission is to bring together all stakeholders that are part of development.

Right now, we have received confirmation from numerous heads of state and government that are coming to New York to attend the Summit on the Adoption of the Post-2015 Development Agenda and the General Debate. This year, we will therefore have a very diverse high-level participation with a total of around 800 guests expected.

Q: What are your hopes and expectations for the 2015 South-South Awards?

A: We hope that we will be able to emphasise the achievements, big and small, but important for the developing countries in implementing the MDGs and moving towards a new post-2015 development agenda. We want these lessons to be shared as widely as possible and be transferred to other countries.

We have all these good examples. We now have to learn from those positive experiences of developing and least developed states. I sincerely hope that our participants will have a good experience, enjoy the awards and that we will be able to continue our cooperation and our mission which is to bring together different stakeholders with the goal of supporting developing states and development initiatives.