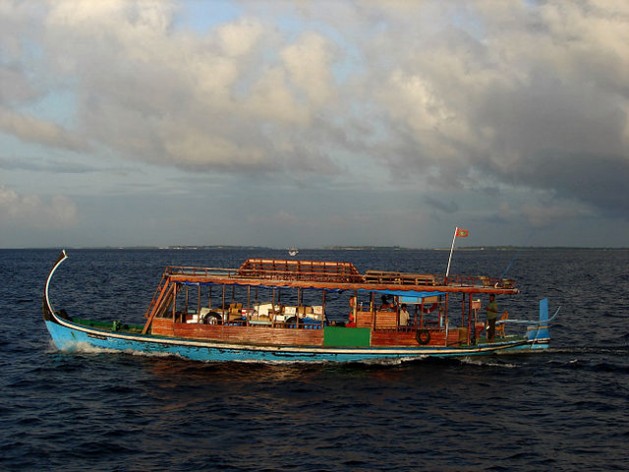 A dhoni in the Maldives. Credit: Nevit Dilmen/cc by 3.0

NEW YORK, Jan 10 2015 (IPS) - Since 1971, Maldives is one of only three countries that have graduated from the ranks of the world’s “least developed countries” (LDCs) – the other two being Botswana and Cape Verde.

The Maldives graduated on Jan. 1, 2011. The review of LDCs conducted in 1997 concluded that the Maldives was ready for immediate graduation. 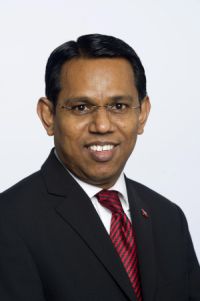 The Maldives government argued that the U.N. criteria for graduation should include a “smooth transition period” in order to bring into place adequate adjustments necessary for full transition into middle-income country status.

The U.N. Resolution adopted on Dec. 20, 2004 endorsed and adopted these arguments. Under that resolution, the Maldives was set to graduate from the list of LDCs on Jan. 1, 2008.

Just six days after adoption of the resolution, the Indian Ocean tsunami struck the Maldives.

The Maldives economy, which had grown at an average of eight percent per annum for two consecutive years, was devastated by the tsunami: 62 percent of the GDP was destroyed; over seven percent of the population was internally displaced; social and economic infrastructure damaged or destroyed in over one quarter of the inhabited islands; 12 inhabited islands were turned into complete rubble.

Following the disaster, and on the request of the Maldives, the General Assembly decided to defer the graduation until 2011, with a smooth transition period until 2014.

Donors often assess a country’s need by its developmental status at the U.N., which traps countries such as the Maldives in a vicious cycle being now termed as the “Middle Income Paradox”.

Graduation from LDC does not help a country to overcome the development challenges it faces. Graduation does not make a country less vulnerable to the consequences of its geography.

It is no secret that small island states being assessed for graduation, do not meet the threshold for economic vulnerability.

Small island states often achieve their high development status because of high and consistent investment in human resources, and the social sector as well as government administration.

This leaves limited financial resources for the country to prepare for natural disasters or to carry out mitigation and adaptation measures.

Countries often have to rely on multilateral and bilateral donors for assistance for environmental projects: donors that often assess a country’s need by its developmental status at the U.N., which traps countries such as the Maldives in a vicious cycle being now termed as the “Middle Income Paradox”.

However, all this is conveniently ignored or overlooked.

Graduation from LDC status need not be feared, nor does it need to be an obstacle in a country’s development path. We only fear what we don’t know.

The Maldives’ experience showed that due to the infancy of the graduation programme, the relatively low number of countries that have graduated, and the lack of coordinated commitment from bilateral partners, the graduation process has been far from smooth.

The General Assembly Resolution, which the Maldives helped to coordinate, adopted in December 2012 provided a smooth transition for countries graduated from the LDC list.

The resolution has put into place greater oversight ability for the U.N. and articulated the need for a strengthened consultative mechanism for the coordination of bilateral aid.

The Maldives has tried to make the path for subsequent graduates smoother. Yet, it is a fact that the graduation process still relies on flawed criteria.

While no country wants to be termed the “Least” on any group, it cannot be denied that inherent vulnerabilities and geo-physical realities of some of the countries that often extend beyond their national jurisdiction, need help that are specific and targeted, in order to improve the resilience of those countries.

It is for that reason that the Maldives lobbied extensively with the World Trade Organisation (WTO) to extend the application of TRIPS for all LDCs.

Following graduation, the Maldives also applied to join the EU’s Generalised System of Preferences but new regulations prevented Maldives from the scheme. This posed a significant loss to our fishing industry, which is the export sector in the economy.

The Maldives has been continually exploring the viability of a “small and vulnerable economy” category at the U.N., similar to that which exists in the World Trade Organisation.

Such a category will acknowledge the particular needs of countries arising from the smallness of their economies and inherent geographical realities.

Small island states have continually argued that special consideration needs to be given to SIDS that are slated for graduation. Yet, these voices of concern have fallen largely on deaf years.

But the needs of our people, the development we desire cannot wait to be recognised.

That is why the Maldives decided to take our development path into our own hands. This can be done by consistently employing good policies.

Development is the result of a combination of bold decisions and an ability to seize the opportunities. SIDS have shown to the world that we are not short of smart ideas. Rather than relying on others, we have to develop our own economies our way!