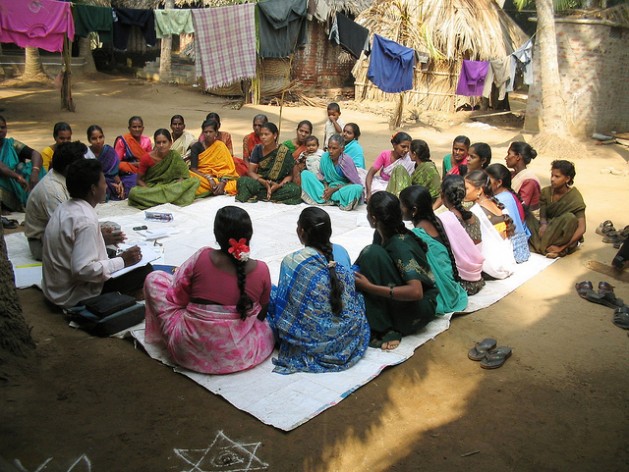 PARIS, May 30 2012 (IPS) - The reproductive rights agenda, from improving women’s access to education to systematic family planning to reducing birth rates and combating poverty, has become a cornerstone of most industrialised nations’ development policies toward the least developed countries (LDCs), comprised primarily of sub-Saharan African states.

This sharpening of focus comes just in time for the Rio+ 20 summit on sustainable development, slated to run from Jun. 20-22 in Brazil, where the question of climate change will be discussed alongside the development agenda.

It is no surprise that LDCs with the lowest gross national income per capita, weakest human resources and highest economic vulnerability are also the most affected by climate change.

This double challenge, of mitigating climate change and combating crushing poverty, makes improving reproductive rights and promoting gender equality goals that can no longer be delayed, according to several recent reports and agreements.

During a meeting of the United Nations Entity for Gender Equality and the Empowerment of Women – U.N. Women – with the Organisation Internationale de la Francophonie (OIF), which took place in Paris this week, delegates agreed to put the empowerment of women and reproductive rights at the centre of their joint action.

The agreement, signed by Michelle Bachelet, executive director of U.N. Women, and Abdou Diouf, secretary general of the OIF, aims at tackling gender inequality in the 75 OIF member states, most of which are also LDCs.

Gender inequality, typified by violence and discrimination against women, also leads to higher birth rates and poverty, according to experts.

The agreement between U.N. Women and the OIF is but one of several other covenants launched in recent weeks, in the hopes of improving women’s access to education and promoting reproductive rights and family planning.

Last April, U.N. Women set up another agreement with the European Union to strengthen cooperation between the two organisations in their work on gender equality.

Simultaneously, the Royal Society of London (RS) released its new People and the Planet report, which focuses on reproductive rights and social justice as cornerstones of global economic sustainability.

The report called attention to LDCs’ urgent need to “improve women’s access to education and family planning if they are to achieve sustainable development”.

The report recalled that even though global population growth is slowing, rates in LDCs — particularly in sub-Saharan African countries — are expected to remain high for the rest of the century, hampering efforts to reduce poverty.

On the other hand, the report deplored disproportionately high consumption levels in industrialised countries, the root cause of global warming and climate change.

British biologist John Sulston, co-author of the report, said that “population growth and high consumption must be considered together” while searching for solutions to climate change.

Sulston, who headed a working group at the RS while preparing the newest People and the Planet report, said that family planning is indispensable in countries with the highest fertility rate, mostly LDCs.

He also pointed out that populations in industrialised countries, which consume resources at a rate that the planet cannot afford, must realise that their way of life is not sustainable.

The report is extremely timely, coming just ahead of the Rio + 20 summit, which is poised to deal with sustainable development and the planet’s future.

The report stressed the world must meet the challenge of lifting “the 1.3 billion people living on less than 1.25 dollars per day” out of absolute poverty.

To fulfil this objective, international inequality must be eliminated, a process that “will require focused efforts in key policy areas including economic development, education, family planning and health.”

The report also emphasised that “the most developed and the emerging economies must stabilise and then reduce material consumption levels through … improvements in resource-use efficiency, including reducing waste; investment in sustainable resources, technologies and infrastructures; and systematically decoupling economic activity from environmental impact.”

Sulston told IPS, “An enormous injustice affects the human world, as expressed by extremely high consumption in some areas, a consumption of food for instance, that is unhealthy for the very people consuming (the foodstuffs), while other people (in LDCs) consume too little, and suffer malnutrition, diseases and even death due to poverty.”

Sulston lamented, “Humanity is the victim of a system of global economics based on an (inadequate) measurement of gross domestic product (GDP), which drives consumption, and pushes people to compete against each other.”

To actually measure human development, “We must add the cost of the Earth, the price of its resources, into our economic models, in order to have a more stable socio-economic structure, not only for the present, but also for the wellbeing of humans in the future,” he said.

Sulston added that climate change is making clear that humanity “is running out of space.” Evidence of climate change and of social injustice fuels the crucial need “to put all these issues – population growth, human consumption and environment – on top of the agenda of the forthcoming Rio + 20 summit.”

Eliya Msiyaphazi Zulu, executive director of the African Institute for Development Policy and president of the Union for African Population Studies, recalled that there is a well-established link between low education levels and high birthrates.

Education delays the onset of childbirth, but also empowers women, “because once you’re more educated, you can have more autonomy, more say in decision making processes in your marriage,” Zulu said.

The report notes that educated women are also more likely to seek out healthcare for their children and get jobs, thereby contributing to their economies. Consequently, instead of waiting for development to slow population growth, Zulu said, countries should focus on reducing fertility rates to promote development.