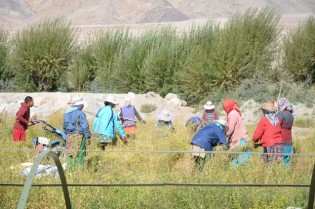 By Zofeen Ebrahim
The word on the street was that if there were one place on earth that could treat Mohammad Lalu’s wife, it would be the Koohi Goth Women’s Hospital in Pakistan’s port city of Karachi.

By Laura Lopez Gonzalez
Experts say that underfunded pilot universal healthcare sites to be set up by South Africa as part of its proposed national health insurance may be doomed to fail as debate rages about how the move to more equitable healthcare will be funded.