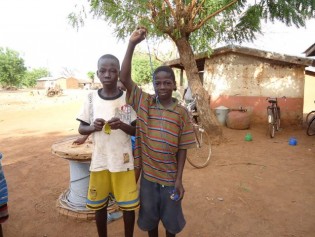 By Neeta Lal
Heartbreaking images of Indian farmers standing amidst swathes of rotting vegetables, fruits and grain have been flooding newspapers and TV screens lately. Crashing prices and transport bottlenecks due to the 40-day coronavirus lockdown in India, on till May 3, have driven some to set their unsold produce ablaze.

By Neeta Lal
Barely five months into the start of Sneha's year at a government school in Bhilwara, a town in India's desert state of Rajasthan, the bubbly 15-year-old was pulled out by her parents. They wanted her to stay at home instead, to look after her four younger siblings and to cook and clean for the family as her parents worked on their farm.

By Neeta Lal
Rekha Rajagopalan, a 26-year-old schoolteacher, migrated to the Indian capital city of New Delhi from southern Chennai in 2015 after her marriage. The reason was simple. Rekha's husband and his family were based in Delhi, so like millions of other married Indian women, she left her maternal home to relocate to a new city with her new family.

By Neeta Lal
Women comprise nearly half of India's 1.2 billion population, yet gender bias and patriarchal mindsets continue to plague them well into the 21st century. Even holy places -- temples and mosques -- it seems aren't free from discriminating against the fair sex.

By Neeta Lal
It is 8 am in Anugondanahalli village about 70 kms from India's IT hub of Bengaluru, capital of the southern Indian state of Karnataka. A group of farmers are huddled around a radio set sipping hot tea and tuned in to Sarathi Jhalak, a local community radio station (CRS) broadcasting on FM 90.4. On air is a programme about climate change that has everybody hooked. Experts are sharing simple tips on how farmers can pro-actively minimise the impact of erratic weather on their crops.
Next Page »
ADVERTISEMENT ADVERTISEMENT