NEW DELHI, India, Apr 5 2016 (IPS) - Women comprise nearly half of India’s 1.2 billion population, yet gender bias and patriarchal mindsets continue to plague them well into the 21st century. Even holy places — temples and mosques — it seems aren’t free from discriminating against the fair sex. 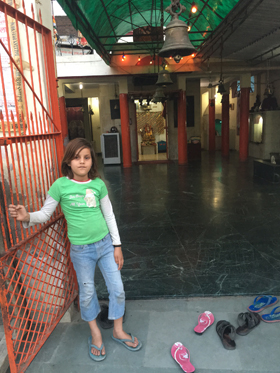 The country has lately been in the grip of a nationwide furore over a few renowned temples banning women’s entry into their sanctum sanctorum. The reason given for the perpetration of such sexism is as flimsy as it’s regressive — women menstruate and are therefore `impure’ and unfit to enter shrines!

However, unlike earlier, when such inequities would be par for the course, and taken by women in their stride, the ladies are now giving it back good by challenging ossified conventions and confronting their tormentors. Unprecedented statements like `menstruation is neither unclean nor shameful, but a simple biological act’ are entering the popular lexicon and resonating with millions.

For instance, when a senior priest at Sabarimala Temple in southern Kerala declared last November that women won’t have access to the shrine till a machine was invented to detect if they were “pure” or weren’t menstruating, locals reacted with outrage. An estimated one million Hindu pilgrims flock to Sabarimala in the western ghat mountains every year to pay homage to the deity Lord Ayyappan who meditated at that spot, according to Hindu mythology.

The priest’s statement prompted an incensed college student to launch a `Happy To Bleed’ campaign on Facebook, which quickly went viral. The campaign urged women to hold placards saying “Happy to Bleed”, take a picture of themselves and upload it on to their Facebook profile. Soon social media was flooded with women holding placards — some made up of sanitary napkins and tampons. The movement resulted in the Sabarimala ban coming under legal scrutiny with the Indian Young Lawyers’ Association filing a petition in the Supreme Court. The petition seeks entry for all women which prompted the court to ask temple authorities to explain the ban. 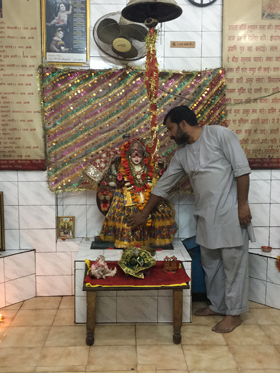 Similarly, in January this year, 500 angry women marched from the western city of Pune towards the Shani Shingnapur Temple in Maharashtra when temple priests precluded them from entering its premises. Local activist group — the Ranragini Bhumata Brigade (Women Warriors of Mother Earth) — stormed the temple in an act of rebellion to challenge the 400 year-old tradition. The group faced a formidable security barrier both outside the village and at the temple in the form of armed cops and barricades. But the ladies were undeterred.

According to Trupti Desai, leader of the Bhumata Brigade, “These are man-made traditions. God doesn’t discriminate between man and woman. If women want to go into the temple, how can you stop them? Is the temple managed by the Taliban? We don’t need anyone’s permission to visit God.”

Public pressure seems to be working. The Bombay high court on March 30 asked the state government of Maharashtra to ensure that women are not denied entry to any temple. Hearing a public interest litigation challenging the prohibition on women’s entry to the Shani Shingnapur temple, the division bench ordered that: “You have to ensure their access. Provisions in law already allow this. Nothing prevents women from entering. Police and collector will have to act against those preventing their entry.” It added that if men were granted entry to a place of worship, women should enjoy access too.

Activists had sought implementation of the Maharashtra Hindu Places of Public Worship (entry Authorisation) Act, 1956. The Act says, “no Hindu of whatsoever section or class shall in any manner be prevented, obstructed or
discouraged from entering such place of public worship or from worshipping or offering prayers, or performing a religious service.” As per the Act, prohibiting any person from entering a temple would attract six months in
jail.

And it’s not just the Hindus, Muslim women too, are fighting for access to the popular 15th century Haji Ali mosque in Mumbai. The Bharatiya Muslim Mahila Andolan – a Muslim women’s rights group – has filed a petition in the high court demanding entry into the shrine. The Haji Ali dargah trust allowed women up to the mazar prior to 2012 after which they were prohibited for their “own safety and security”.

Legal experts point out that what complicates the dynamic in India further is that while the Constitution endows duties of social reform on the state, it fails to distinguish between state and religion. This gives rise to the pertinent question: do temple/masjid trusts have the right to bar women from entering the temple?

“The answer to that question is yes and no,” explains high court lawyer Pratibha Pandey. While the Constitution guarantees freedom of religion, Article 26(b) permits religious groups the right to manage their own affairs in religious matters which often leads to such sexism . Meanwhile, Article 25(2) allows state intervention in religious affairs if it is for the purpose of “social welfare”.”

Yet amidst all the temple tantrums, there’s a vital lesson in it for India. Studies have repeatedly emphasised the benefits of a gender-equal society. A high-level committee on status of women, formed by the Indian central government ranked India 141st out of 142 nations last year on health and survival parameters. Economists point out that a developing economy like India can ill afford not to offer its women a level playing field or inclusive policies. According to a McKinsey Global Institute report, improving gender parity can help India add a whopping 2.9 trillion dollars to its GDP in 2025.

Allowing women entry into shrines can be a good start!