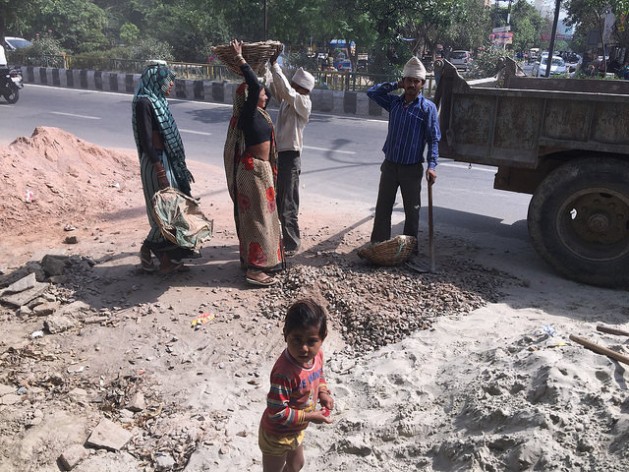 NEW DELHI, Jun 1 2016 (IPS) - The recent launch of Amaara, New Delhi’s first human milk bank, has been greeted with much cheering. The initiative endorses the long-term goal of reducing infant mortality and addresses the critical issue of lack of mothers’ milk for physically fragile newborns in India’s capital city.

The service couldn’t have come a day too soon. India, a nation of 1.25 billion people, has the world’s highest number of low birth weight babies, with a critically high Neo-natal Mortality Rate (NMR) rate described as deaths in the period of 0-28 days per thousand live births. India witnessed 28 deaths per 1,000 live births in 2013 and an Infant Mortality Rate (IMR) of 40 in the age 0-1 year per thousand live births according to the Annual Report of India’s Ministry of Health and Family Welfare.

Of the 26 million babies born in India every year, one million babies are blighted before they reach the age of one month. Despite reducing child mortality – from 2.3 million deaths of children under the age of five in 2001 to 1.4 million in 2012 – India still accounts for 20 percent of infant mortality globally.

Many of these needless tragedies can be avoided, say doctors, if the little ones are nourished with mother’s milk. “Feeding these babies with donor breast milk through milk banks can have the single largest impact on reducing child mortality,” says Bhavdeep Singh, CEO, Fortis Healthcare, a pan-India hospital chain which launched Amaara in collaboration with the Breast Milk Foundation.

Breast milk, described as ‘superfood’ for newborns, contains “bioactive components” which protect them against life-threatening illnesses, serious infections and other complications related to pre-term birth which commercially available formula milk can’t, say doctors. The World Health Organisation (WHO) recommends that the best option for a baby who cannot be breastfed is milk expressed from its own or from another healthy mother. Children who are fed mother’s milk are also less vulnerable to certain non-communicable diseases and grow up to be better workers, says WHO.

“Keeping in mind the complications associated with formula feeding and some mothers’ inability to breastfeed, there’s a strong need to establish human milk banks. It’s a boon for high-risk newborns who are unable to receive the nurturing care a mother provides, ” adds Singh.

Donor banks collect, screen, process, store and prescribe donated human milk to babies who need such milk donated by lactating mothers not biologically related to them. The milk is either extracted manually or with breast pumps and collected by trained staff in labelled and sterile containers. It is transported to the banks under cold storage conditions, and immediately frozen at 20 degrees centigrade, after which a sample is taken for its culture. If the bacterial culture is negative, then the milk is pasteurized for future use.

Who can donate milk? Healthy lactating moms of term or preterm babies who are not on any medications, and have had no significant illnesses in the past or present, can do so. However, it is only the excess milk (milk obtained after fully feeding the donor’s own child) that can be donated.

According to the WHO and UNICEF, globally only 20 per cent of working women are able to breast feed their children – a must for at least for one to one-and-a-half years after birth. A study has indicated that babies not breastfed fall ill more often and have extra days of hospitalisation as well as extra prescriptions in the first year of their lives.

In developing countries like India, Sri Lanka, Bangladesh and several others in the Southeast Asian region — where health resources are poor — the situation is especially dire.

Although globally human milk banking is a common practice, in India, only 14 such banks currently exist, as per the Indian Academy of Paediatrics. This compares poorly to other developing nations like Brazil. Brazil hosts 210 such banks which have helped reduce its malnutrition level by 73 per cent.

India’s poor record in this field is surprising because Mumbai was where the first mother’s milk bank in Asia was established in 1989. Experts attribute the paucity of this service to a lack of public awareness and promotion of formula milk by the industry.

Customs and changing social dynamics too play a catalytic role. “In the villages, it’s considered ominous to feed the child with the milk extracted from another woman,” says Anjali Yadav, a volunteer with Save the Child Foundation. “In the cities, we’re finding that women have become increasingly career-oriented. In their rush to rejoin work post-childbirth, their breastfeeding plans get aborted.”

Doctors caution that there are serious health ramifications for women who avoid breastfeeding. These women are apparently at a potential risk of developing cancer at a later stage in life. Studies have proved that mothers who suffer from breast cancer during the pre-menopausal period may have contracted this due to skipping breastfeeding. Women who usually breast feed in their early thirties are more protected as compared to those who do so later in life.

Pratibha Jain, 32, a new mother, has been making life-saving withdrawals for her daughter Kareena, who was born prematurely, from Divya Mother Milk Bank at the Panna Dhai Hospital in Udaipur in the desert state of Rajasthan.

“I’ve enough breast milk during daytime. But night feeds have been a challenge so I’ve to rely on donated bank milk,” she told IPS. “The donated milk has helped me save my only child’s life.”

Interestingly, though the concept of human milk banks is a relatively new one, donation of breast milk from one woman to an unrelated infant goes back centuries. Earlier, weak infants with mothers were breastfed by a “wet nurse”. Rules governing wet nursing came about in 1800 BC. However, by the 15th century, wet nursing became infamous due to the spread of syphilis.

Human milk banking has faced similar challenges largely due to the aggressive promotion of infant formula milk by the industry. In addition, since the 1970s, a fear of transmission of viruses, including HIV in body fluids, also created public anxiety about breast milk.

Despite severe malnutrition among children, which erstwhile Indian PM Dr Manmohan Singh called a “national shame”, India has still not prioritised breastfeeding. Lack of legislation has only made matters worse. Currently the only law that regulates breastfeeding in India is the Infant Milk Substitutes, Feeding Bottles and Infant Foods (Regulation of Production, Supply and Distribution) formulated in 1992 which prohibits advertisement of infant milk substitutes.

However, the lack of rigorous implementation of even this solo law has resulted in its violation by the industry players.

“Also, there’s been no proactive promotion of breast milk or milk banks by the government through mass sensitization campaigns,” Dr. Kirti Saxena, Senior Paediatrician, Max Hospitals, told IPS. “Initiatives such as milk banks are commendable, but unless they’re incorporated in national policy and rigorously enforced by all stakeholders, their impact will be limited. The future of our children is at stake.”