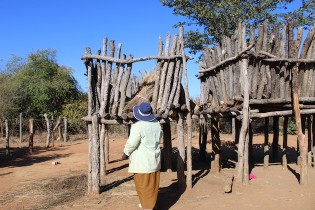 Solidarity and Negotiations to End the Ukraine War

By Joseph Gerson
On November 1, a statement of solidarity with Russians opposed to the Ukraine War was published. It was signed by more than 1,000 U.S. men and women who had opposed the U.S. invasions of Vietnam, Afghanistan and Iraq.

By Cathryn Clüver Ashbrook
The digital revolution arrived late at the heart of ministries of foreign affairs across the Western world. Ministries latched on to social media around the time of Tahrir Square and Iran’s 2009 Green Revolution, beguiled by a vision of the technology engendering a networked evolution toward more liberal societies.

By Karin Pettersson
The news-media industry has long lamented how the digital revolution has broken its business models. Today, a majority of digital advertising money goes to Facebook and Google, and media companies are struggling to reinvent themselves through digital subscriptions.

By Achim Steiner
Last week, a too-familiar human tragedy captured news headlines. 39 people were found dead inside a shipping container on an industrial estate in Essex in Southeast England; 31 men and 8 women whose individual identities, for now, remain anonymous, as authorities begin to investigate one of Europe’s worst people-trafficking cases.

By Thalif Deen
The United Nations commemorated its annual World Day of Migrants and Refugees (WDMR) on September 29 ---- this time amidst rising anti-immigrant rhetoric and widespread xenophobia.

By Nadine Maenza and Anurima Bhargava
Monsoon season is currently wreaking havoc on the more than 911,000 Rohingya refugees displaced from their homeland in Burma (Myanmar) to the ramshackle camps of Cox’s Bazar, Bangladesh.
Next Page »
ADVERTISEMENT ADVERTISEMENT