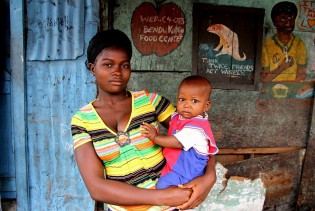 By Kanya D'Almeida
What does gorilla conservation have in common with the provision of contraceptives to women? How does rural-urban migration contribute to global warming? What does city planning in Kenya have to do with coastal erosion in the Philippines?

By Issa Sikiti da Silva
A 25-year-old mother of five hailing from Senegal’s eastern Tambacounda province believes that contraceptives damage the womb and cause health problems in the long term, such as a rise in blood pressure and chronic headaches.

By Sabine Clappaert
Despite staggering advances in medical science and technology over the years, women around the world continue to suffer gravely as a result of inadequate access to basic reproductive health services.
Next Page »
ADVERTISEMENT ADVERTISEMENT