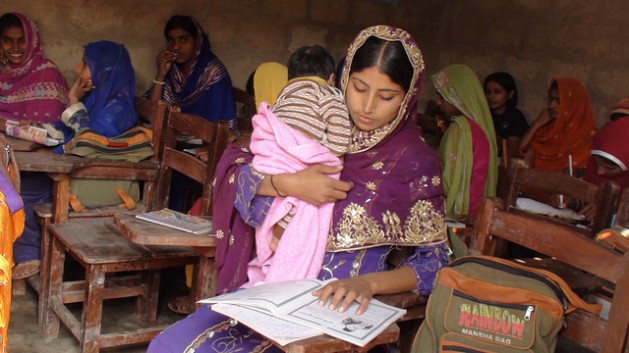 UNITED NATIONS, Oct 4 2014 (IPS) - The Programme of Action adopted at the landmark 1994 International Conference on Population and Development (ICPD) included chapters that defined concrete actions covering some 44 dimensions of population and development, including the need to provide for women and girls during times of conflict, the urgency of investments in young people’s capabilities, and the importance of women’s political participation and representation.

The diversity of issues addressed by the Programme of Action (PoA) provided the opportunity for states to develop and implement a “comprehensive and integrated agenda”.

In reality, governments and development agencies have been selective in their actions, and many have taken a sectoral approach to implementation, which has resulted in fragmented successes rather than holistic gains.

Few are better placed to reflect on progress made over the last two decades than the executive director of the United Nations Population Fund (UNFPA), Dr. Babatunde Osotimehin.

Q: In 1994 you were advocating for reproductive health and rights at the first ICPD in Cairo. Twenty years later, you are leading UNFPA as its executive director. What has that journey looked like for you?

A: The last four years have opened me up to the challenges that the organisation and the mandate itself have faced. Twenty years ago, we were able to secure commitments from governments on various aspects of poverty reduction, but more importantly the empowerment of women and girls and young people, including their reproductive rights – but the battle is not over.

Q: What were some of the biggest challenges that the ICPD Programme of Action faced in its early years? 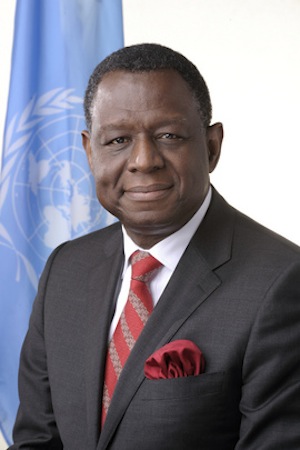 The battle is not strictly about a woman’s ability to control her fertility, but it goes beyond the issue of fertility and decision-making. Women still earn less than men for doing the same job. There is no proportional representation in politics of women, and in the most severe cases, little girls don’t go to school as much as boys.

That is a continuous struggle, and our job is to ensure that gender equality in the very strict sense is accomplished, so we achieve what I always refer to as a “gender neutral” society.

Q: The Demographic Dividend is going to be an important focus in the post-2015 development agenda. How will UNFPA work to assess and meet the needs of young people?

A: We are already doing it!

Of course, we are going to strengthen and scale up our work. We don’t pretend that UNFPA can provide all the inputs needed to reap the dividend. But raising the bar and promoting youth visibility and participation at the political level is something that we will be doing with member states and partners.

For example, how do we ensure that we can partner with UNESCO, to continue to do the good work they are doing in terms of education – particularly with girls’ education? And how can we partner with ILO [the International Labour Organisation] to ensure that we have job creation, skills and all of the things that enable young people to come into the job market to get the opportunities they are looking for?

How do we ensure that within member states themselves, we’re creating spaces that enable young people to feel that they are part of the system?

It is impossible to get the kind of rapid development we’re looking at if member states do not accept the principles of comprehensive sexuality education, and do not accept that young people should also be exposed to information and services about contraception.

Q: How will you respond to women and girls in conflict areas, especially pregnant women or those who have faced violence and abuse?

We provide education, antenatal care, delivery services and postnatal care for women in camps and mothers around the world.

Our flagship programme, before we expanded to all of this, was recognising that women in conflict areas have dignity needs. Very few people think of women and their regular needs in war and conflict, so we provide them dignity kits, to enable them to preserve their health and dignity.

Something UNFPA has been trying to do more is increase attention to and prevent GBV and talk about it in such a way that we can show that it’s actually more prevalent than it is assumed, not only in conflict, but in domestic circumstances as well.