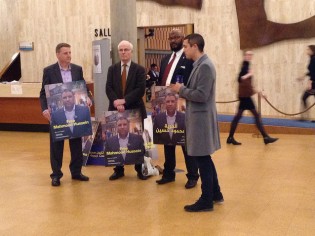 By Ann Therese Ndong Jatta and Haron Mwangi
Over the last few decades, radio has played an important role in the realm of development. It has enabled the distribution of information on new policies, technology, products, and ideas with the potential of stimulating growth and development, largely in rural Africa.

By Zofeen Ebrahim
Khalil Ahmed's life story sounds like it could have come straight out of the plot of a Bollywood flick, but it didn’t. And that makes it all the more inspiring.

By Justin Hyatt
For anyone who recently attended the Fourth International Conference on Degrowth in Leipzig, Germany, listening in on conference talk, surrounded by the ecologically savvy, one quickly noticed that no one was singing the praises of sustainable development.
Next Page »
ADVERTISEMENT ADVERTISEMENT