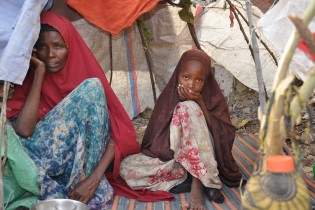 By Jonathan Rozen
As the world moves closer to the 2015 end mark of the Millennium Development Goals (MDGs), a new U.N. report illuminates how far global society has come, but also how far it still must travel to achieve its objectives.

OP-ED: We Need Everyone to Build a More Sustainable World

By Tarja Halonen
Last week, I had the privilege of attending the Delhi Sustainable Development Summit, an annual event that deals with a subject that is very close to my heart.  The summit gathered together amazing people: Nobel Prize winners, thought leaders, heads of state, corporate innovators, and academicians to deal with the paramount challenges of the 21st Century all focused on three pressing dimensions of sustainability:  food, water and energy.